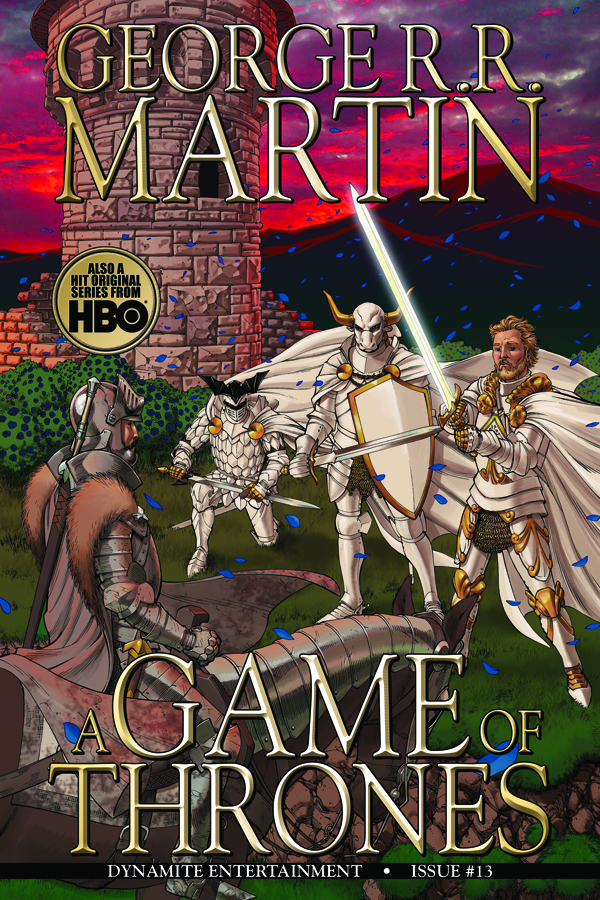 OCT121029
(W) George R. R. Martin, Daniel Abraham (A) Tommy Patterson (CA) Mike S. Miller, Michael Komarck
In the aftermath of Jaime Lannister's brutal attack upon Eddard Stark and his men, King Robert meets with the wounded Eddard-and presents him with a choice of evils: either Eddard accepts the heavy mantle of the King's Hand once more . . . or Robert will appoint Jaime to the position. Adding to the troubles of House Stark, Tyrion Lannister wins his freedom from Catelyn Stark; now the Imp will return to his father, intent on revenge for his treatment at the hands of Cat and her mad sister. Meanwhile, far to the north, the bastard Jon Snow becomes a sworn brother of the Night's Watch and must put his loyalty to the Starks aside.
In Shops: Mar 13, 2013
SRP: $3.99
View All Items In This Series
ORDER WISH LIST