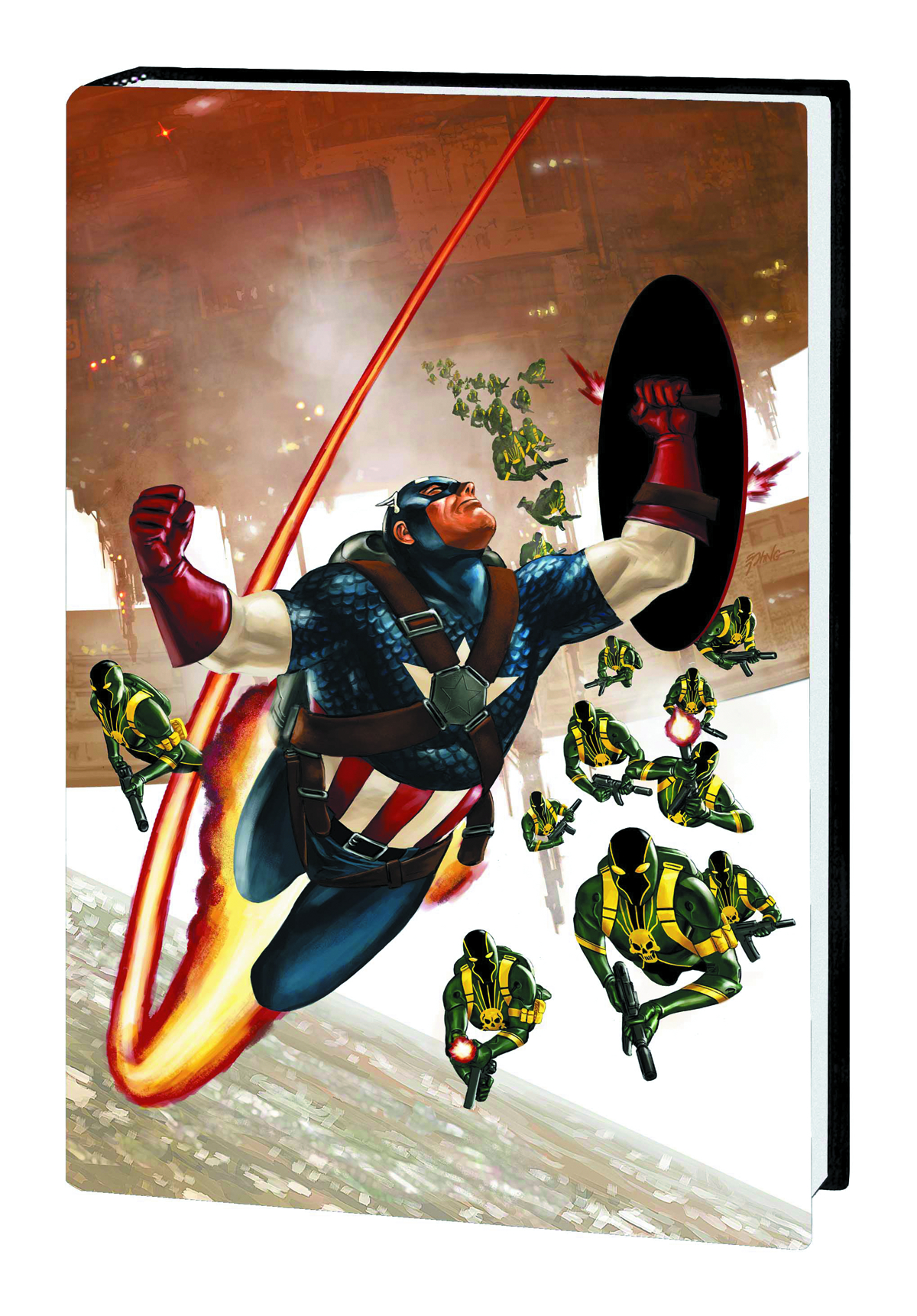 OCT120685
(W) Ed Brubaker, Cullen Bunn (A) Scot Eaton (A/CA) Steve Epting
Still reeling from Hydra's Madbombs, Cap finds himself the target of a vicious media smear campaign. Who are the Discordians, and what will they blow up next? While Discordian cells attack American interests all worldwide, shock journalist Reed Braxton turns the public against the Sentinel of Liberty. And as riots beak out in the streets and society begins to crumble, the Omega-Madbombs are unleashed! Targeted for death, Cap tackles Codename: Bravo and Queen Hydra with the fate of the world in the balance! Meanwhile, Sharon Carter and Dum Dum Dugan duke it out with Baron Zemo - in the depths of space! It's the end of an era, brought to you by Eisner Award-winner Ed Brubaker and rising star Cullen Bunn! Collecting CAPTAIN AMERICA (2011) #15-19.
In Shops: Jan 16, 2013
SRP: $24.99
View All Items In This Series
ORDER WISH LIST