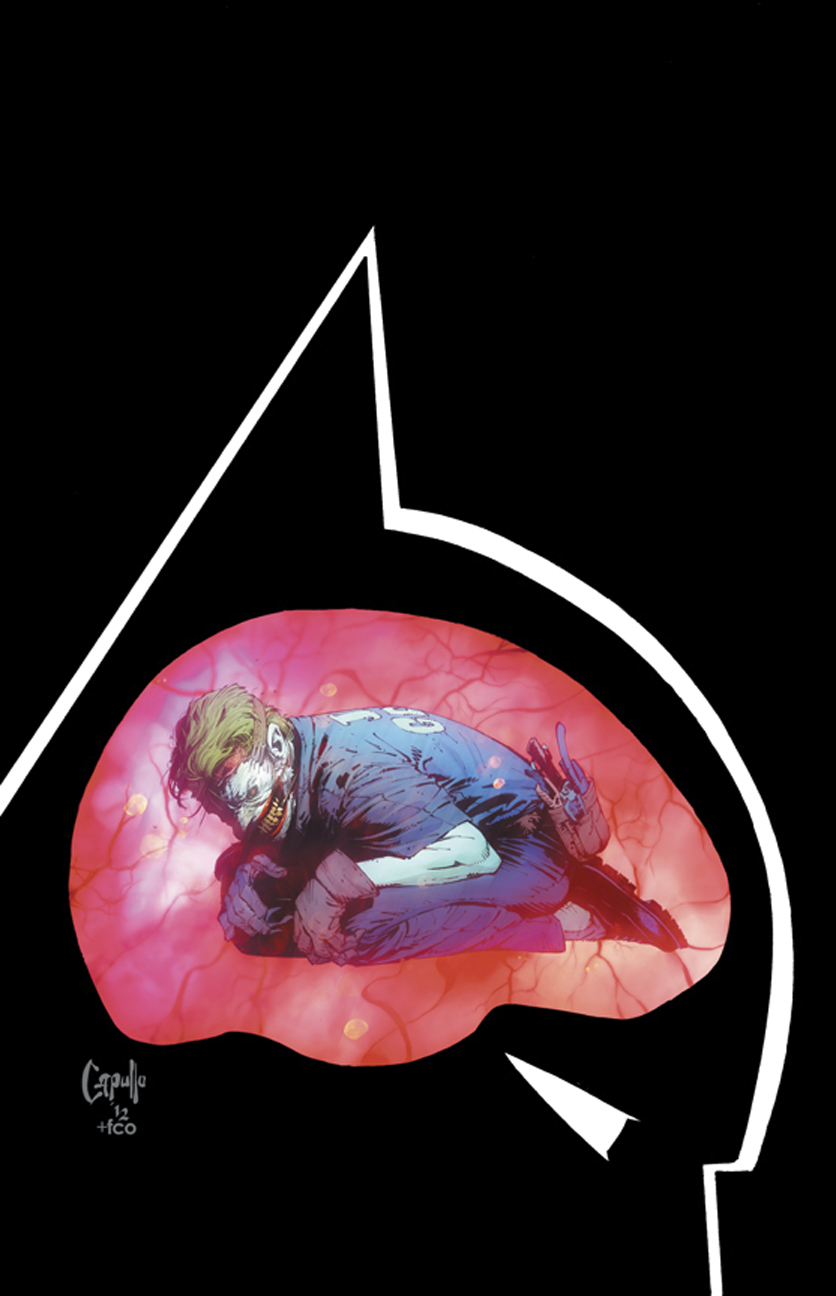 OCT120186
(W) Scott Snyder (A) Jonathan Glapion (A/CA) Greg Capullo
• "DEATH OF THE FAMILY" continues here!
•  The Joker's attacks have taken their toll on Batman and his allies, and now they have to face the impossible.
•  The final madness of The Joker's plan revealed here! Why is he more dangerous now than ever before?
•  Plus: In the backup feature, witness The Joker's confrontation with the Riddler as the horror of The Joker's plan is revealed.
This issue is also offered as a combo pack edition with a redemption code for a digital download of this issue.
In Shops: Dec 12, 2012
SRP: $4.99
View All Items In This Series
ORDER WISH LIST