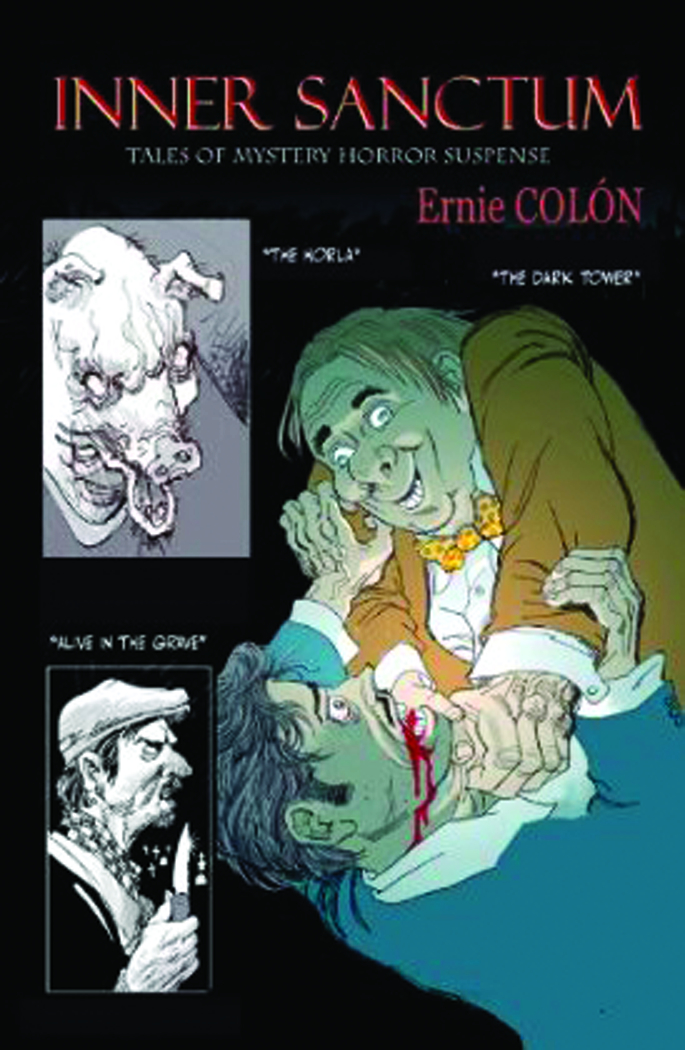 OCT111170
(W) Ernie Colon (A/CA) Ernie Colon
The Inner Sanctum is one of the most fondly remembered mystery and horror radio shows from the 1940s; now it is brought to life with striking illustrations that re-create four chilling tales. In "The Horla," a man is haunted by a mysterious, grotesque being that only he can see. "Death of a Doll" tells the tale of a reporter who is investigating the identity and death of an unidentified female corpse. "The Undead" follows a young woman as she discovers a 10-year-old obituary for her living husband. The last story in the collection, "Alive in the Grave," follows a man who may have unwittingly consigned another man to being buried alive.