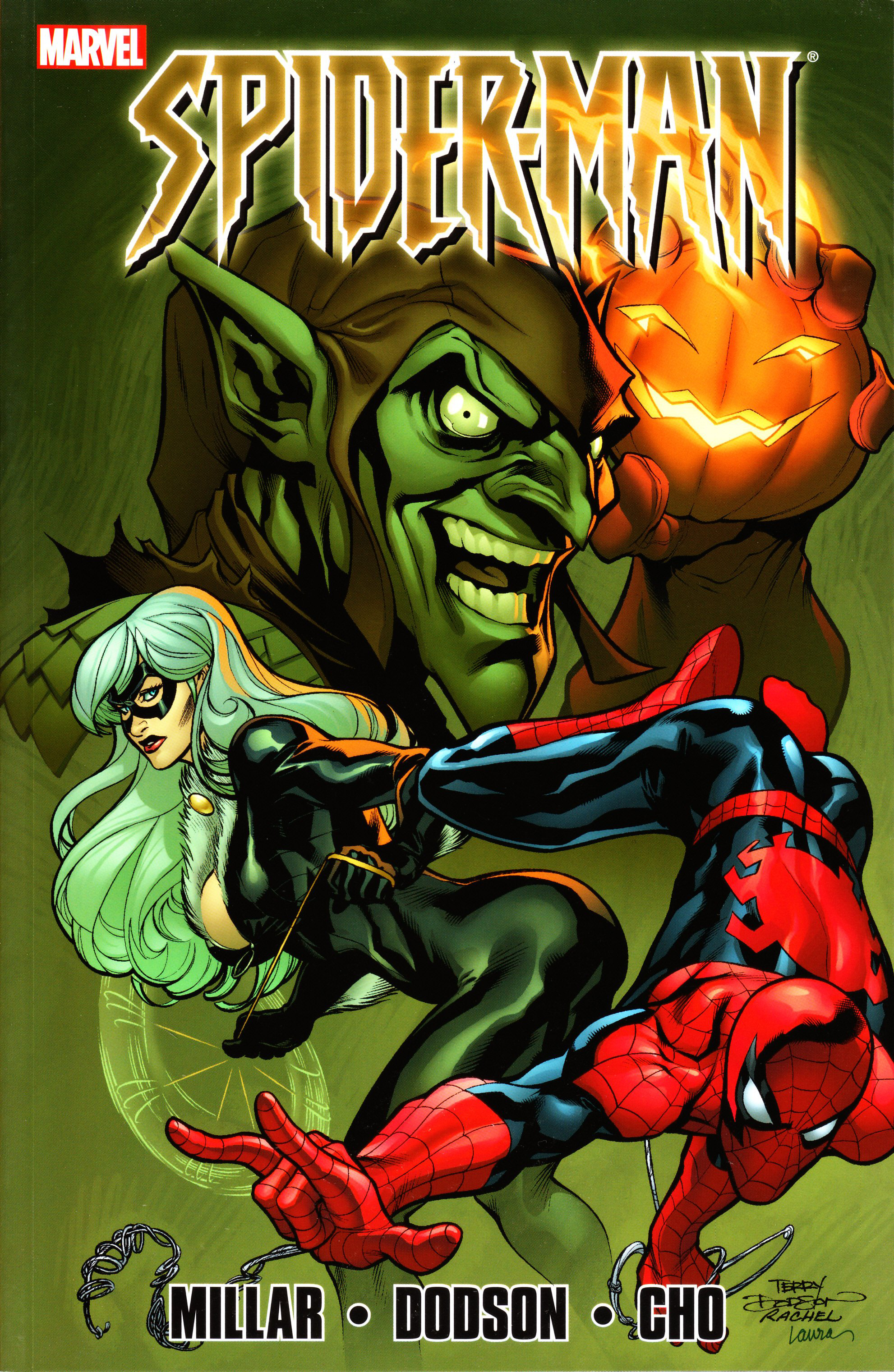 OCT110731
(W) Mark Millar (A) Frank Cho (A/CA) Terry Dodson
Peter Parker's worst nightmare has come true: One of Spider-Man's enemies has learned his secret identity and is using that knowledge to strike at Peter's family. Now, his Aunt May has been kidnapped - and his wife, Mary Jane, may be next. Forced into a personal battle against a mysterious foe devious enough to ensnare him in a vicious game of cat-and-mouse, Spider-Man must battle more than a dozen of his deadliest enemies to rescue his aunt. With the clock rapidly ticking down, will Spider-Man earn his greatest triumph or suffer his greatest defeat? In a spellbinding story superbly illustrated by fan-favorite artists Terry Dodson and Frank Cho, best-selling writer Mark Millar presents his definitive take on Marvel's greatest hero - reinterpreting classic Spider-Man foes such as Dr. Octopus and the Vulture, and introducing an all-new Venom! Collecting MARVEL KNIGHTS SPIDER-MAN #1-12.
304 PGS./Rated T+