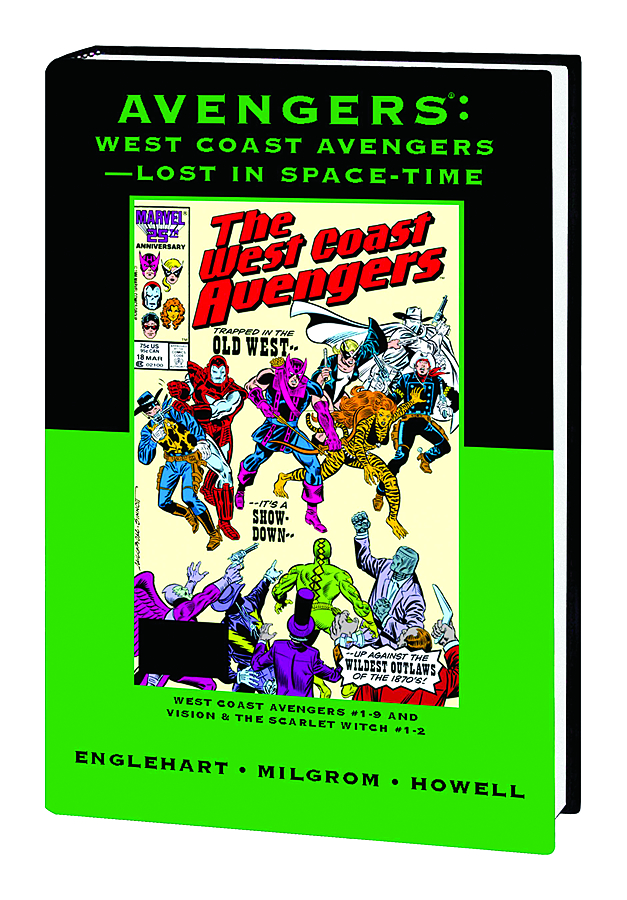 OCT110708
(W) Steve Englehart, Stan Lee, Roger Stern (A) Jack Kirby, Marshall Rogers, Terry Austin (A/CA) Al Milgrom
The West Coast Avengers find themselves flung throughout time in this classic tale featuring everything from Marvel's Wild West to ancient Egyptian despots! Witness the "Wackos" as they find themselves face-to-face with such legends as the Two-Gun Kid, the Phantom Rider and the Rawhide Kid - along with the time-tossed villainy of Rama-Tut and Immortus. With the Fantastic Four and Dr. Strange along for the ride, what other help could the West Coasters need to set things straight? How about Marvel's modern-day Western heroes, the Texas Rangers! Collecting WEST COAST AVENGERS (1985) #17-24, FANTASTIC FOUR (1961) #19 and DOCTOR STRANGE (1974) #53.
240 PGS./Rated T