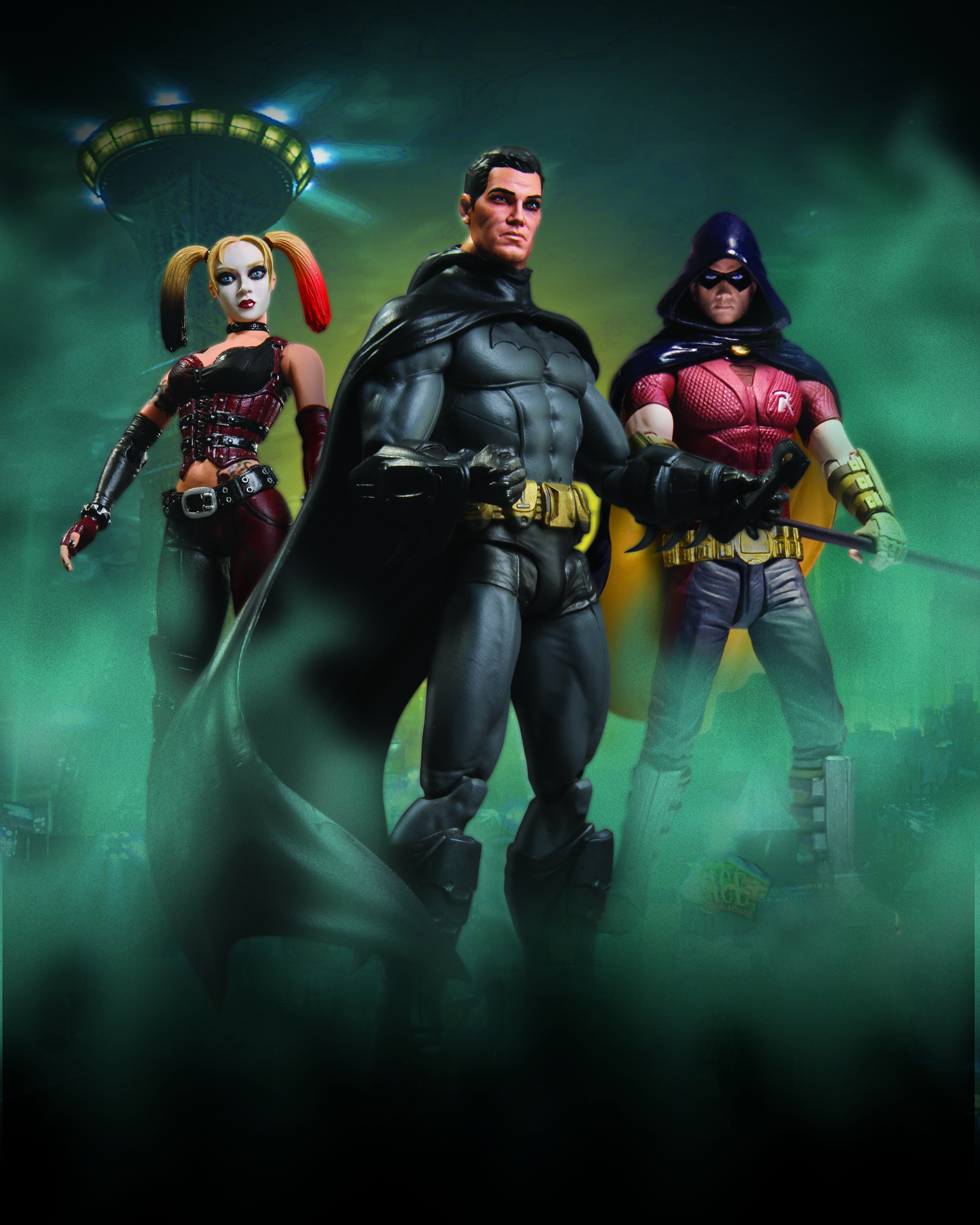 OCT110311
Welcome to Arkham City, the new maximum security "home" for all of Gotham City's thugs, gangsters, and insane criminal masterminds.
Set inside the heavily fortified walls of a sprawling district in the heart of Gotham City, it's filled with the most murderous villains from DC Comics' Batman universe. But Batman is ready to tackle it with all-new gadgets and his greatest-and most dangerous-allies. Which is good, because he'll need all the help he can get for his journey into the darkest corners of Gotham.
Among those he'll encounter:
Tim Drake battles crime as Robin, delivering punches (and signature quips) to aid in the Caped Crusader's mission to shut down Arkham City.
In a nice new outfit, Harley Quinn has taken to the front lines to personally fulfill the Joker's sickest wishes of mischief and mayhem. She's not going to let anyone get in her way-least of all Batman.
Based on the upcoming blockbuster video game published by Warner Bros. Interactive Entertainment, developed by Rocksteady Studios, and licensed by DC Entertainment.
Batman - 6.75" h
Harley Quinn - 6.25" h
Robin - 6.5" h