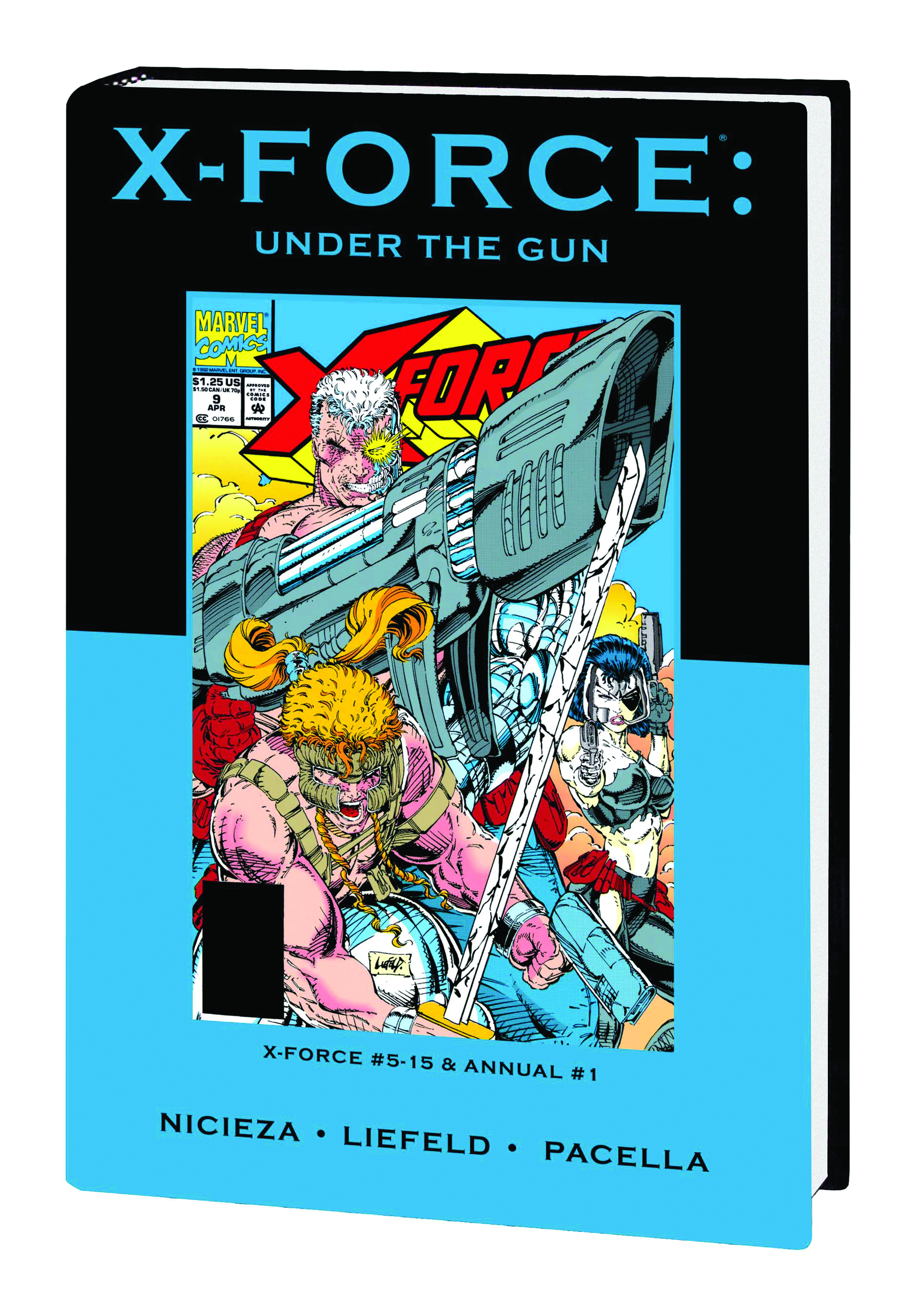 OCT100687
(W) Rob Liefeld, Fabian Nicieza (A) Various (CA) Rob Liefeld
Written by FABIAN NICIEZA & ROB LIEFELD
Penciled by ROB LIEFELD, MARK PACELLA, MIKE MIGNOLA,
TERRY SHOEMAKER & GREG CAPULLO
Covers by ROB LIEFELD
X-Force has survived its first fights-but the stakes just keep getting higher, and the villains deadlier! A new Brotherhood of Evil Mutants, including Toad and Sauron, has formed and joined forces with the Morlocks, and their frightening attack on our heroes leaves one team member mortally wounded! Plus: the mysteries between Cable and Stryfe deepen, Deadpool goes after Domino and Cable, a government task force comes after X-Force, and one mutant is revealed to be an imposter! And just who are the X-Ternals? Collecting X-FORCE #5-15 and material from X-FORCE ANNUAL #1.
272 PGS./Rated A