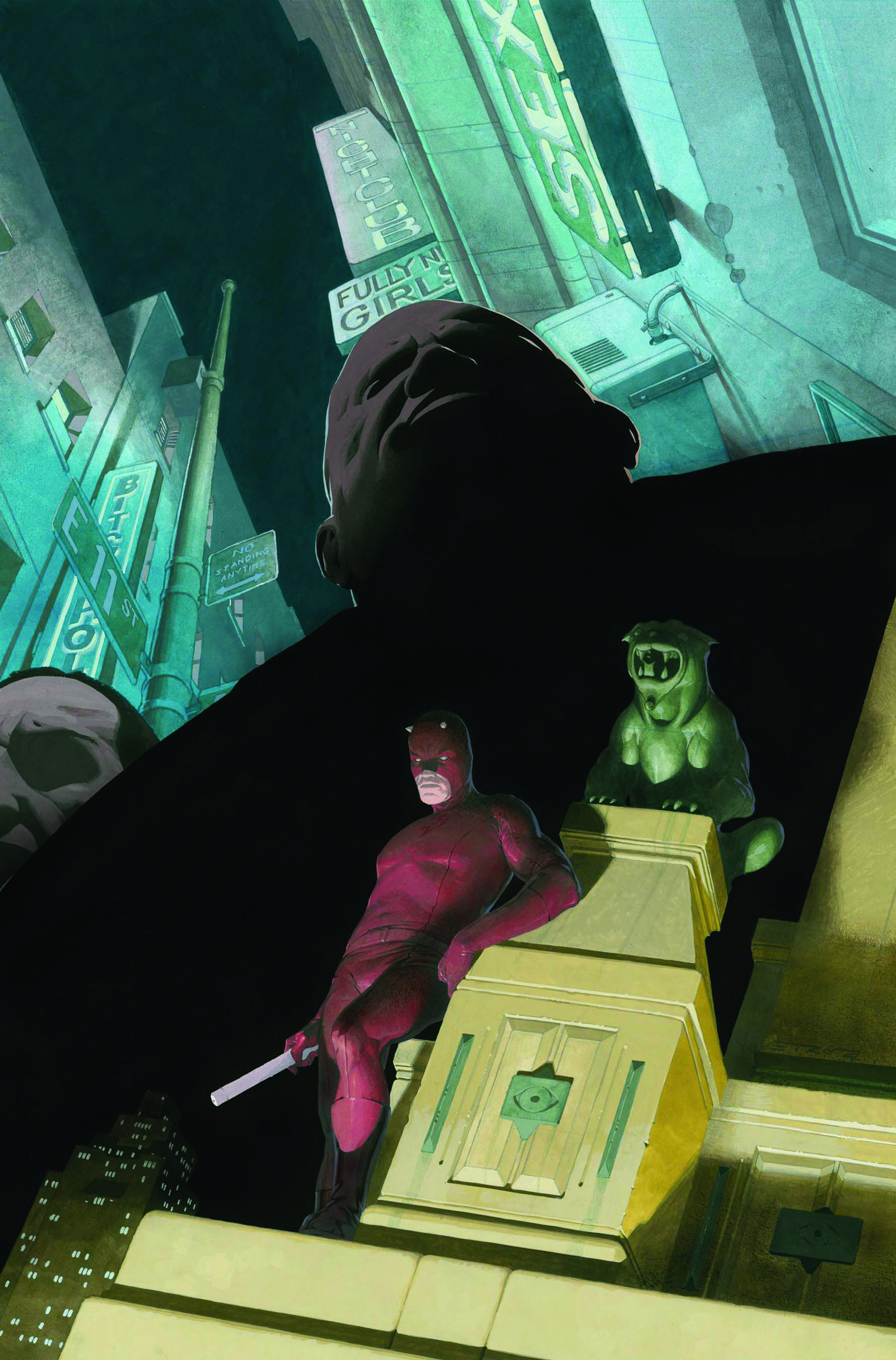 OCT090501
(W) Andy Diggle (A) Marco Checchetto, Roberto De La Torre (CA) Esad Ribic
Written by ANDY DIGGLE
Penciled by ROBERTO DE LA TORRE
Cover by ESAD RIBIC
It's blood, sweat, and brutal truths as the new creative team of Andy Diggle (THUNDERBOLTS) and Roberto De La Torre (IRON MAN) continue their first breathtaking story arc! While the Kingpin secretly builds his power base, Daredevil and Master Izo collide violently over the future of the guild of assassins known as The Hand, and Foggy fears the Matt Murdock he once knew may be gone for good.
32 PGS./Rated T+ ...$2.99