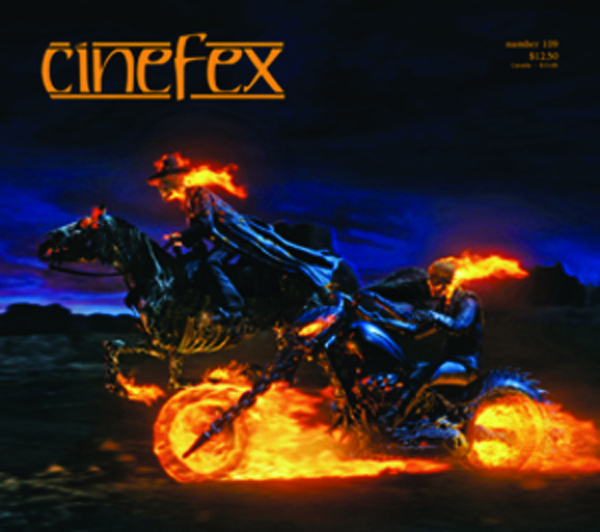 OCT073966
Cinefex goes behind the scenes of three of this winter's biggest genre films! For Will Smith's adaptation of Richard Matheson's classic novel, I Am Legend, discover how artists at Sony Pictures Imageworks created vast expanses of New York City, devoid of life and activity, as well as the mutant creatures designed by Patrick Tatopoulos. Veteran visual effects supervisor Mike Fink oversaw the massive effects effort for New Line's adaptation of Philip Pullman's His Dark Materials: The Golden Compass, handled principally by Framestore CFC, Cinesite and Rhythm & Hues. Oscar-winning director Robert Zemeckis envisioned the Old English epic poem Beowulf as an opportunity to expand upon the motion capture animation technology developed for The Polar Express and Monster House - this time applied to near-photoreal characters in a story with adult themes.