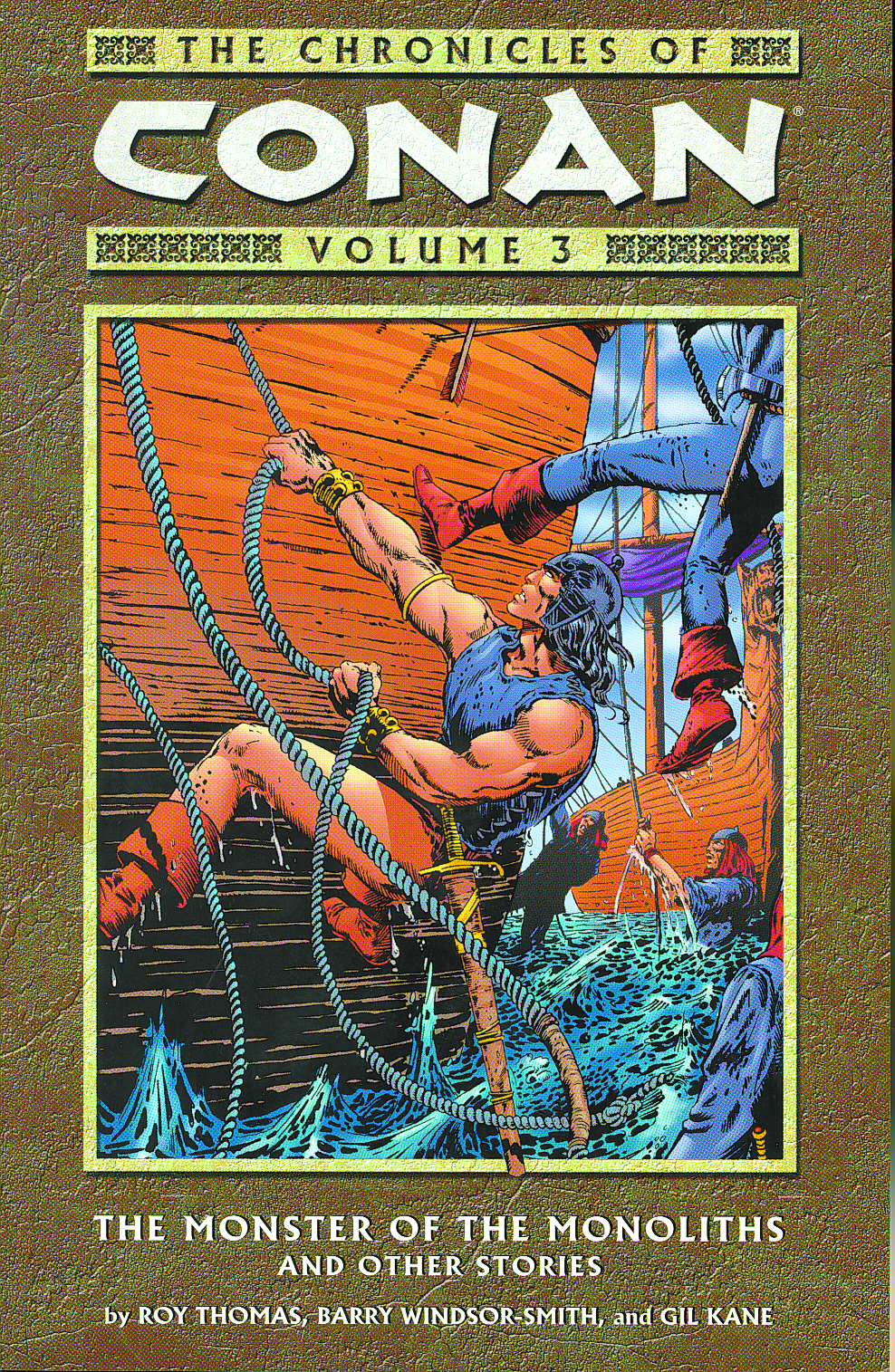 OCT030031
(W) Roy Thomas (A/CA) Barry Windsor-Smith
This is the third volume in a series collecting the early Conan comic-book stories by Roy Thomas and Barry Windsor-Smith. Originally created in the 1930s, Robert E. Howard's Conan the Barbarian has survived to emerge as one of this century's most powerful and popular characters. Even more impressive than the character's lasting appeal over the past seven decades, is the caliber of talent involved in all of the various Conan incarnations. Of those, there are few that speak as clearly and as uniquely as artist Barry Windsor-Smith. Over the course of these early stories, Windsor-Smith's stunning evolution from comic-book cartoonist to full-fledged artist is apparent and thrilling to behold. This volume collects issues #14, #15, and #17-#21 and features completely remastered color.