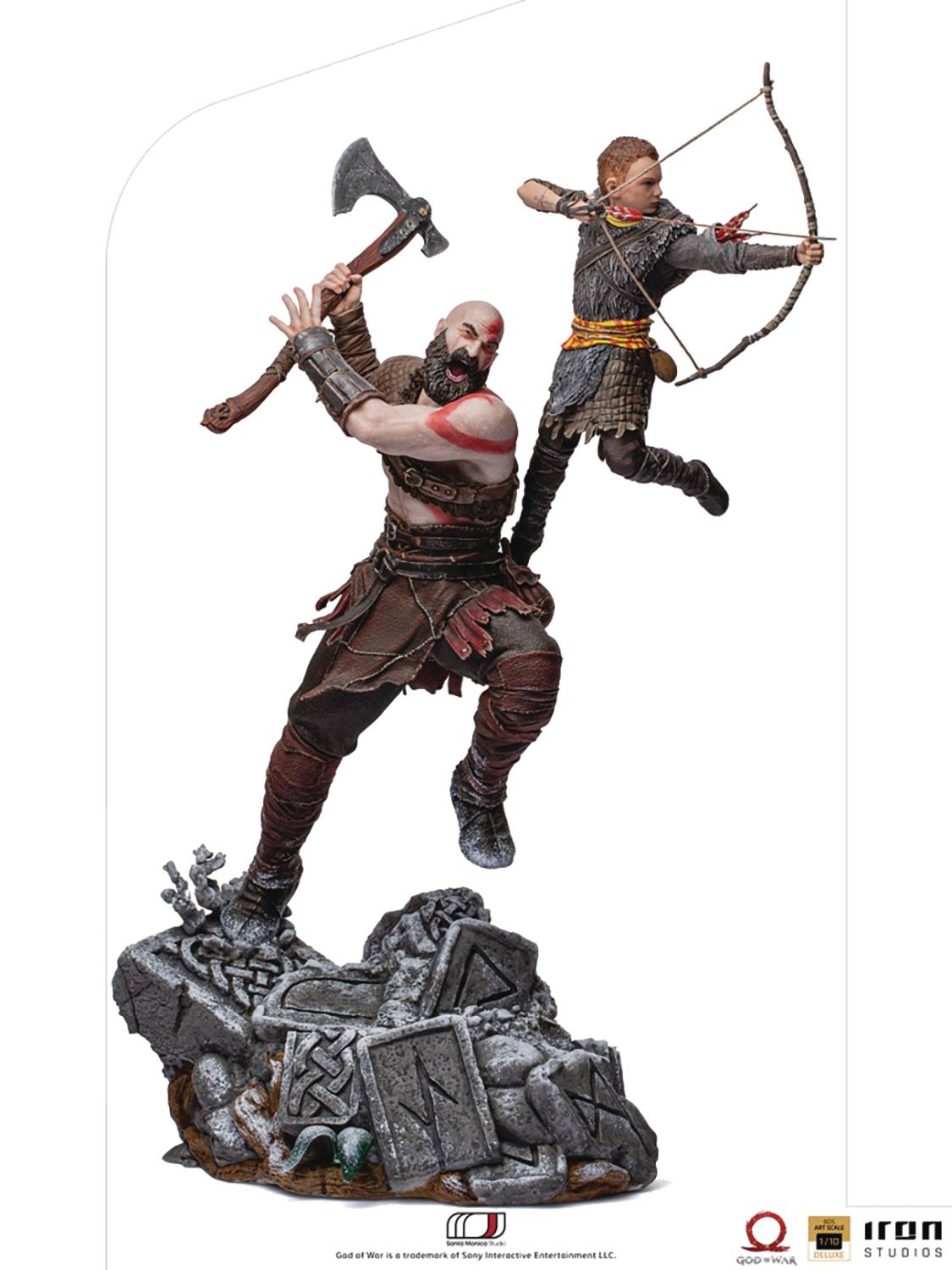 # # # # # # # # #
NOV222571
From Iron Studios. Over the ruins of an icy Nordic battlefield, the ruthless Greek demigod, once known as the Ghost of Sparta, leaps into combat holding his magical ax, Leviathan, with his son and ally, right by his side. The boy, who uses his father for support, jumps and pulls his bow to shoot one of his electrified arrows. Iron Studios presents its new Kratos and Atreus BDS Art Scale 1/10-Scale Statue featuring the series` anti-hero protagonist and his son, as seen in the game God of War (2018).