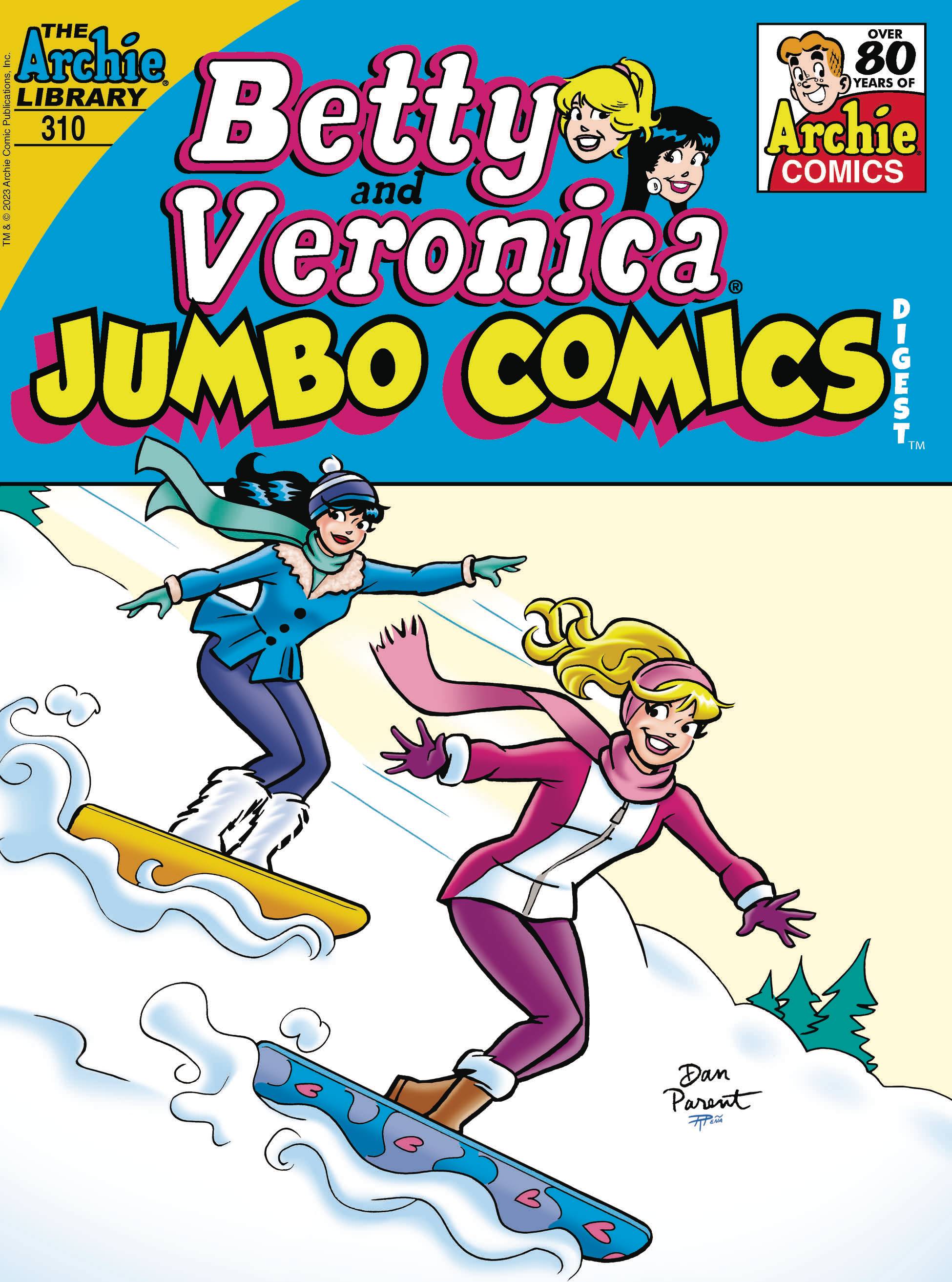 #
NOV221282
(W) Ian Flynn, VARIOUS, Dan Parent (A) Various, Ryan Jampole, Bill Galvan (CA) Bill Golliher (A/CA) Dan Parent
THREE BRAND NEW STORIES!  First, in "CHILL OUT!"  A big winter storm knocks the power out in Riverdale. The Coopers end up staying at Lodge mansion, the only house in town that runs on its own generator.  But as the Lodges keep hearing about all the displaced families, they open up their mansion to all of Riverdale. Will Hotel Lodge be a new business venture for Veronica's enterprising father? Or will he be left out in the cold?

Then, in "What's in a Name?" Kelly Brand, aka the superhero FLY GIRL, is on an important mission: she's helping Betty come up with a better superhero name than "Superteen"! Their work is cut short, however, when an intruder comes to disrupt the peace in Riverdale! It's up to the two um, super teens, to restore order!

Finally, in "Clowning Around," the circus performer-superhero Frank Verrano, better known as INFERNO, has taken Veronica Lodge under his wing. Can he stop the crimes plaguing Riverdale AND dissuade Veronica from running away to join the circus?
In Shops: Jan 04, 2023
SRP: $9.99
View All Items In This Series
ORDER SUBSCRIBE WISH LIST