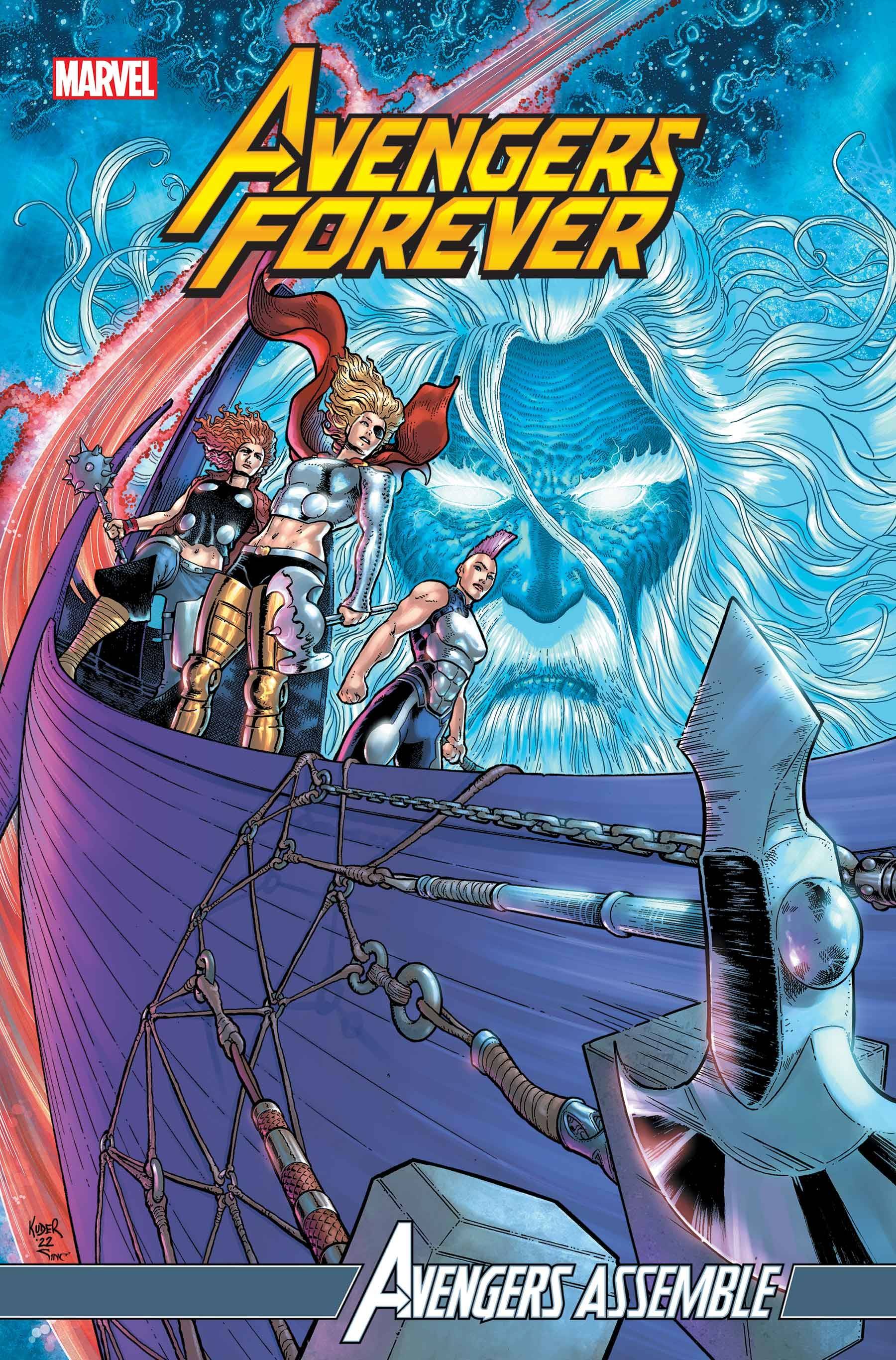 #
NOV220787
(W) Jason Aaron (A/CA) Aaron Kuder
AVENGERS ASSEMBLE - PART FIVE: HERE COME THE GODDESSES OF THUNDER! King Thor's granddaughters have come from the far future to join the fight for Infinity's End, and they've brought a fiery old friend with them in the form of the most powerful version of Wolverine who's ever existed. Plus, Doom Supreme's grand plan begins to unfold. And at last, the true identity of the mysterious Avenger Prime is revealed.
In Shops: Jan 18, 2023
SRP: $3.99
View All Items In This Series