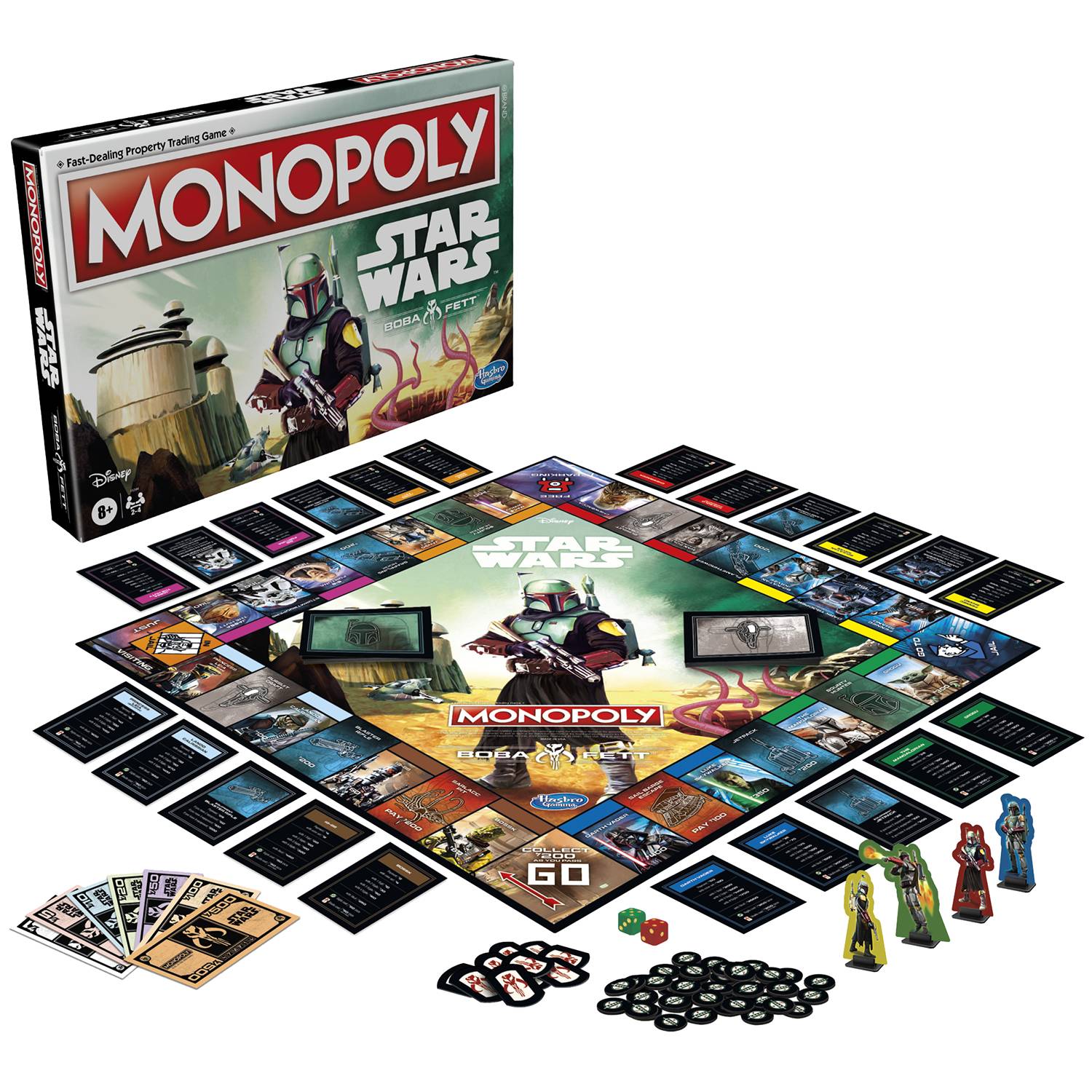 # # #
NOV218458
Celebrate the legendary Bounty Hunter and the galaxy of characters he has encountered, with this Monopoly: Star Wars Boba Fett edition board game. Star Wars fans will love the gameboard spaces that depict iconic Star Wars characters, and the cardboard Boba Fett tokens showing him in a classic pose or one of his more recent looks. Players move around the board collecting characters, equipment, and Imperial Forces, and relive favorite Boba Fett moments from Episodes V and VI of the Star Wars movies, as well as action-packed scenes from The Mandalorian TV series. The Monopoly game is for 2-4 players, ages 8 and up.
In Shops: Feb 16, 2022
SRP: $20.99
ORDER WISH LIST