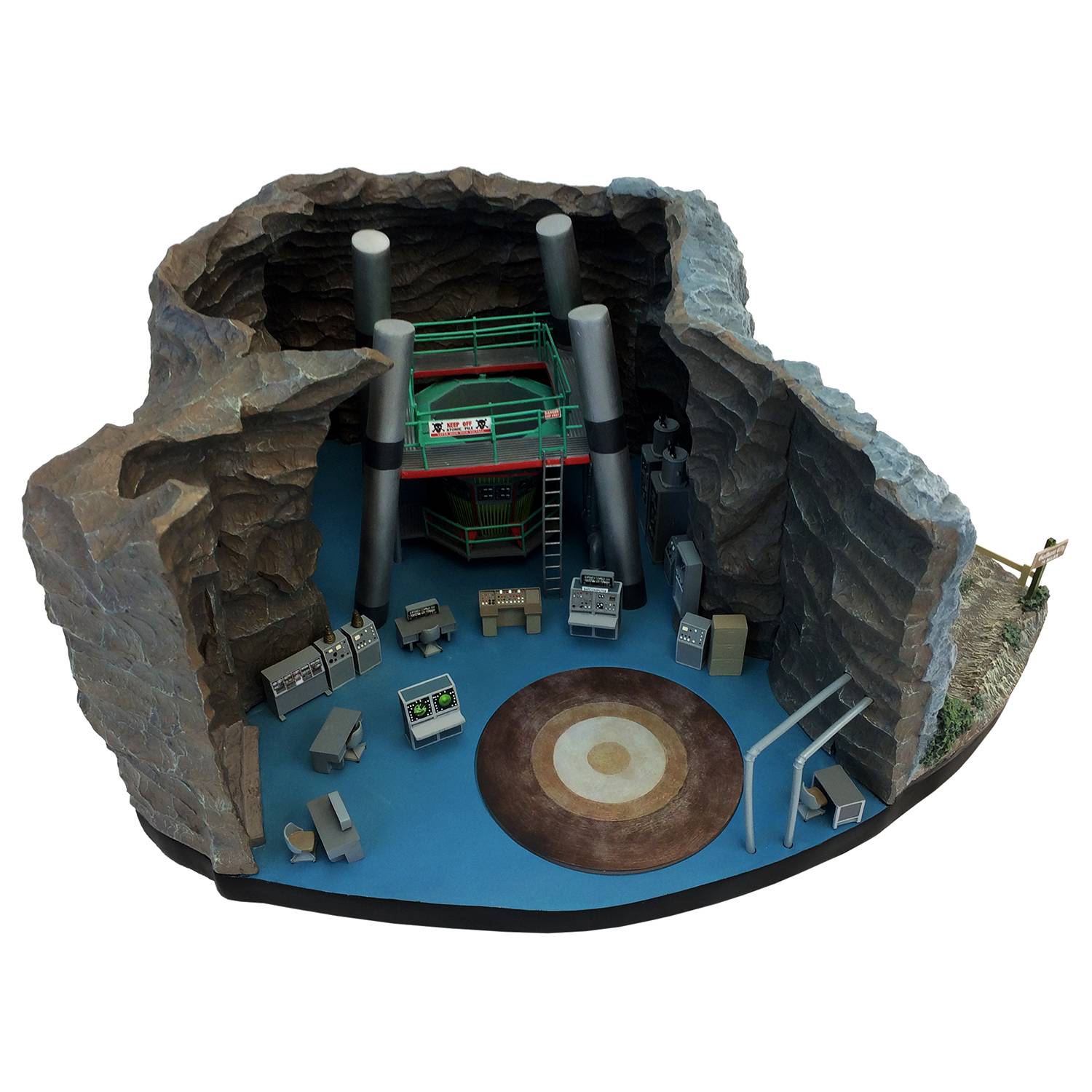 # # # # # #
NOV218426
From Factory Entertainment. The Batcave has enjoyed many iterations over the years, both in print and on screen. One of the most enduring and iconic was the version that featured in the classic 1966 Batman TV series. This model does not attempt to duplicate a particular arrangement from a given episode or a specific scene. Rather it replicates the "feel" of the Batcave set as it is most commonly seen. The inclusion of movable elements allows you to customize the look of the cave, including the prominent 'atomic pile.' Each model contains more than 16 different LED lights, in a variety of hues, both fixed and animated, that bring the Batcave to life, including: Hidden floor lights, A pulsating color change effect inside the Atomic Core, and Flashing lights in select monitors and screens. The model is powered by 6 AAA batteries and lights are independently controlled by two separate circuits with on/off switches. The model measures an impressive 18" x 14" x 9" and weighs in at over 20lbs. It comes in a collector box and includes a combined booklet and certificate of authenticity that tells the story of the original set and the replica.