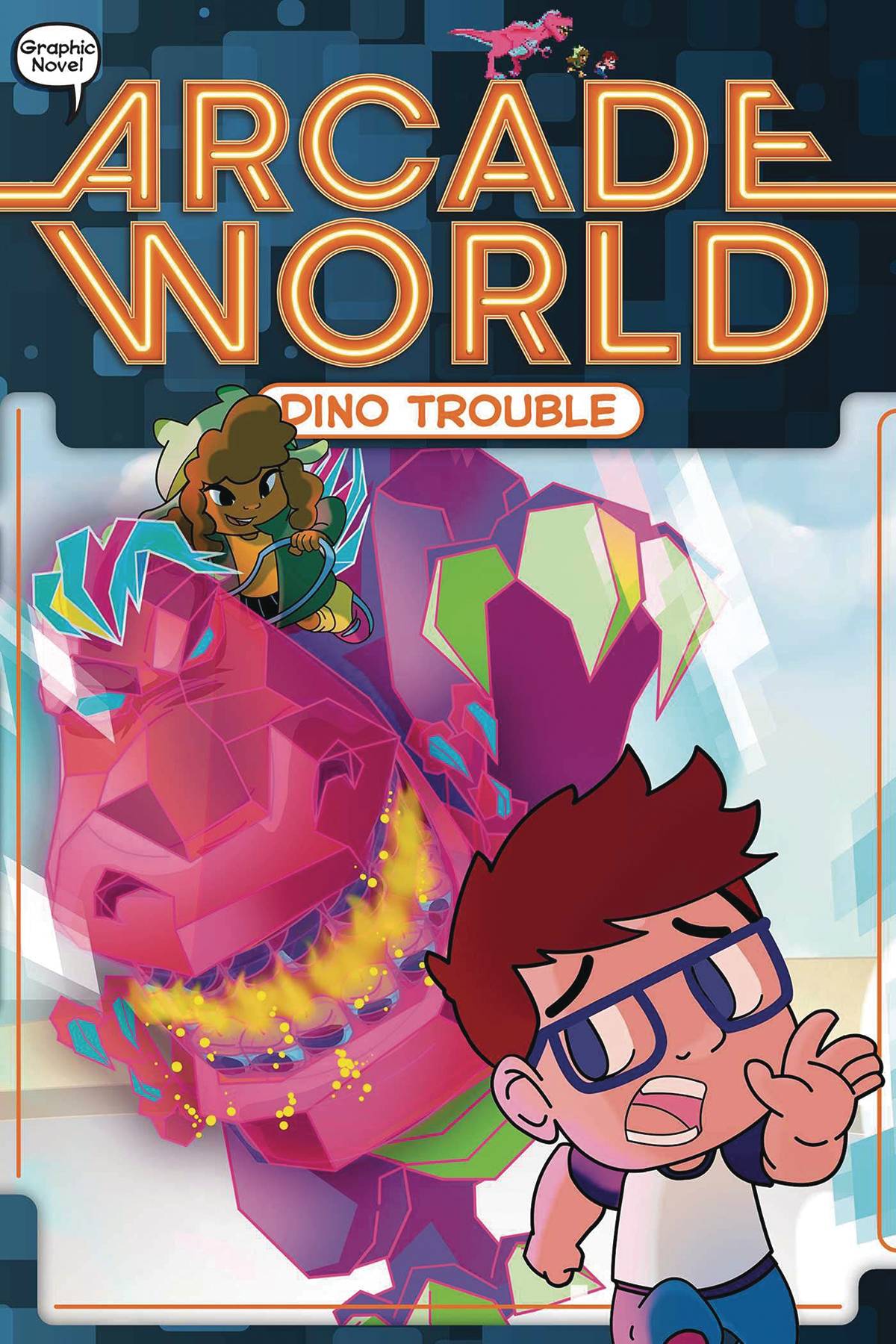 #
NOV211535
(W) Nate Bitt (A) Glass House Graphics
Two best friends in a town taken over by video games have to outsmart digital dinosaurs in the first book in the Arcade World graphic novel chapter book series.
Life in Normal used to be, well, pretty normal. Kids went to school. Kids did their homework and chores after school. And then kids met up at the local arcade, called Arcade World. Arcade World was the weirdest, coolest place. It had a collection of video games that no one had ever heard of, like Dino Trouble or Hot Dog Time.
And no one held more high scores than Travis Better and Journey West. But one day, the video games in Arcade World came alive.
Now, there's a whole new normal in town-as Normal becomes a dangerous Arcade World.
Join Travis and Journey as they race dinosaurs to school, survive bottomless pit falls, and battle aliens to level up and solve mysteries like what's going on, who really owns Arcade World, and whether this video game takeover is a glitch or part of a larger, evil plan.
In Shops: Feb 02, 2022
SRP: $17.99
View All Items In This Series
ORDER SUBSCRIBE WISH LIST