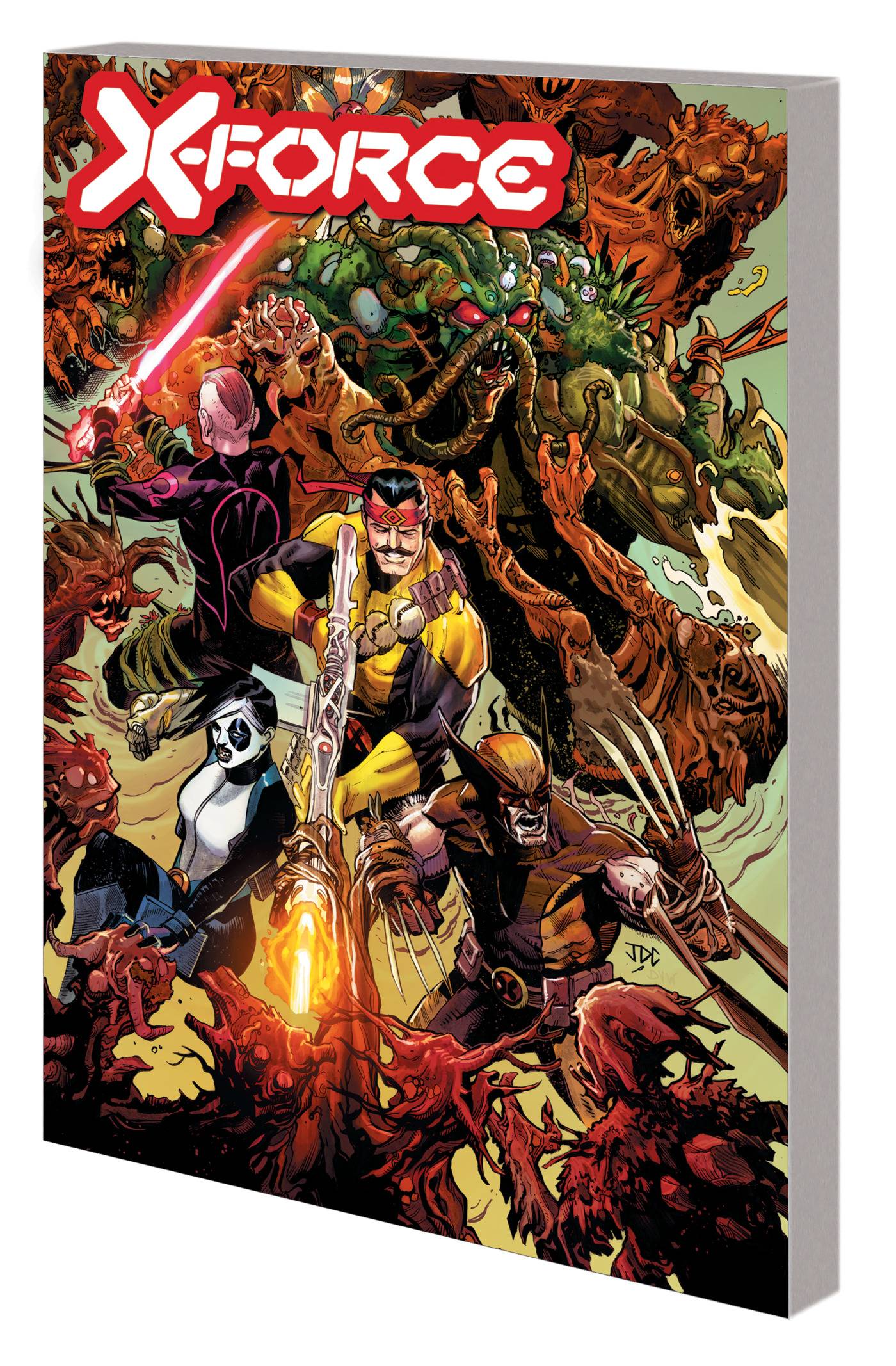 #
NOV211006
(W) Ben Percy (A) More (A/CA) Joshua Cassara
Fear of a green planet! As the Reign of X expands outwards, Beast plants the seeds - and X-Force pulls the weeds. But not if Man-Slaughter has anything to say about it! When the genetic makeup of the shambling soldier is used to infect and control an army of unwilling agents, X-Force must get to the root of the problem! Meanwhile, Beast's best-laid plans invite a threat close to the heart as the secret works of Mikhail Rasputin are at last revealed! If Black Tom can't stop this insidious invasion, the consequences go beyond mere death. Time for Colossus to step in! Plus: A sea change for Kid Omega and Phoebe Cuckoo! And Wolverine takes on the deadliest waves in the world, and it will take more than a healing factor to survive this thresher! Collecting X-FORCE (2019) #21-26.