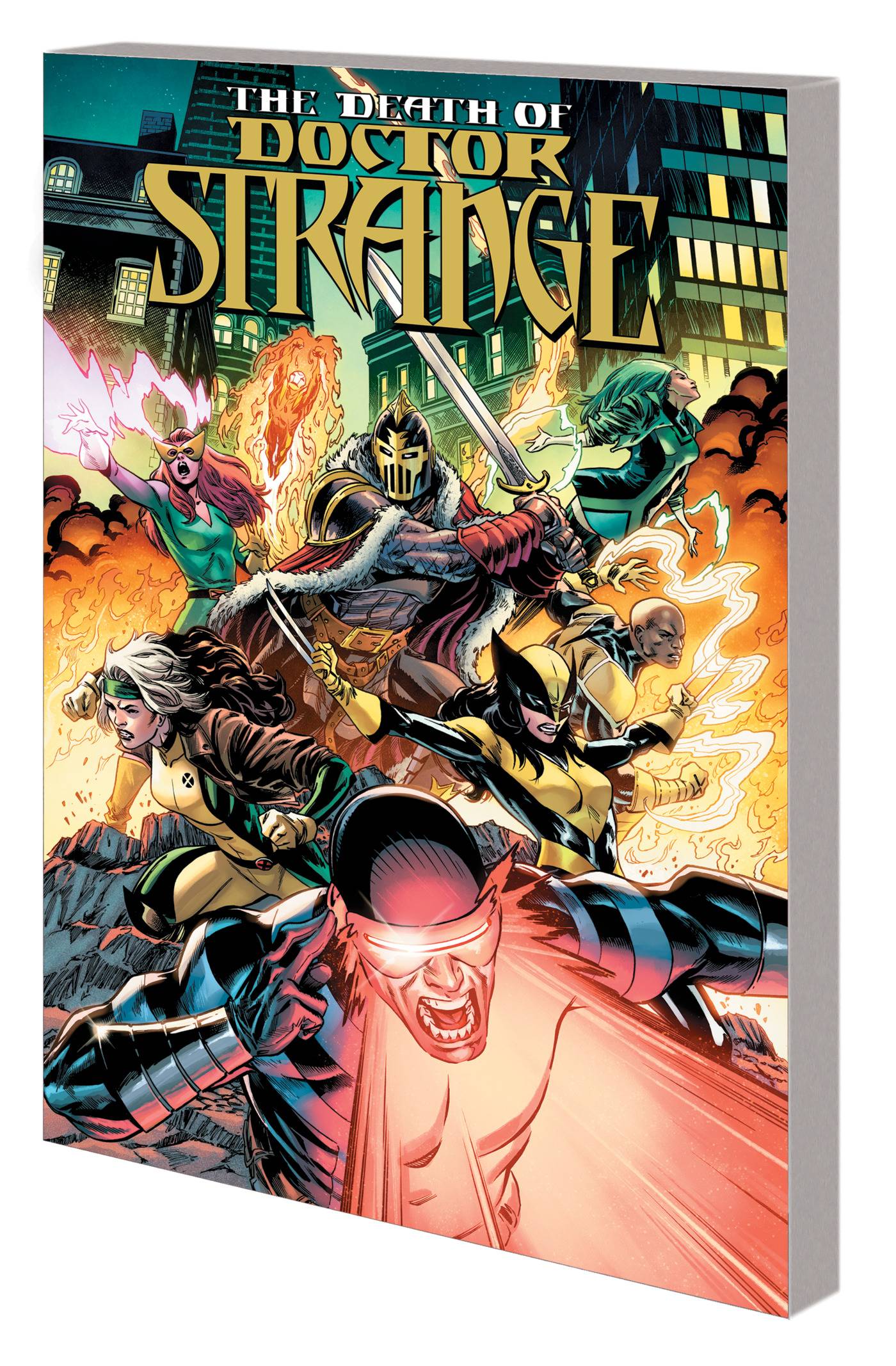 #
NOV210997
(W) Alex Paknadel, More (A) Ryan Bodenheim, More (CA) Cory Smith
Doctor Strange is dead! And without Earth's Sorcerer Supreme to hold back the darkness at the edges of reality, the world is suddenly under siege from all kinds of mystical threats. Now, as an unexpected investigator races against the clock to solve Doctor Strange's murder, it's up to the rest of the heroes of the Marvel Universe - from Spider-Man to Blade to White Fox to Elsa Bloodstone, plus the students of the Strange Academy and an uncanny alliance between the X-Men and Black Knight - to pick up the shattered pieces! Can they combat magical incursions and keep the Earth safe while the mystery is unraveled? Collecting DEATH OF DOCTOR STRANGE: AVENGERS, SPIDER-MAN, WHITE FOX, BLADE, X-MEN/BLACK KNIGHT and BLOODSTONE and STRANGE ACADEMY PRESENTS: THE DEATH OF DOCTOR STRANGE.