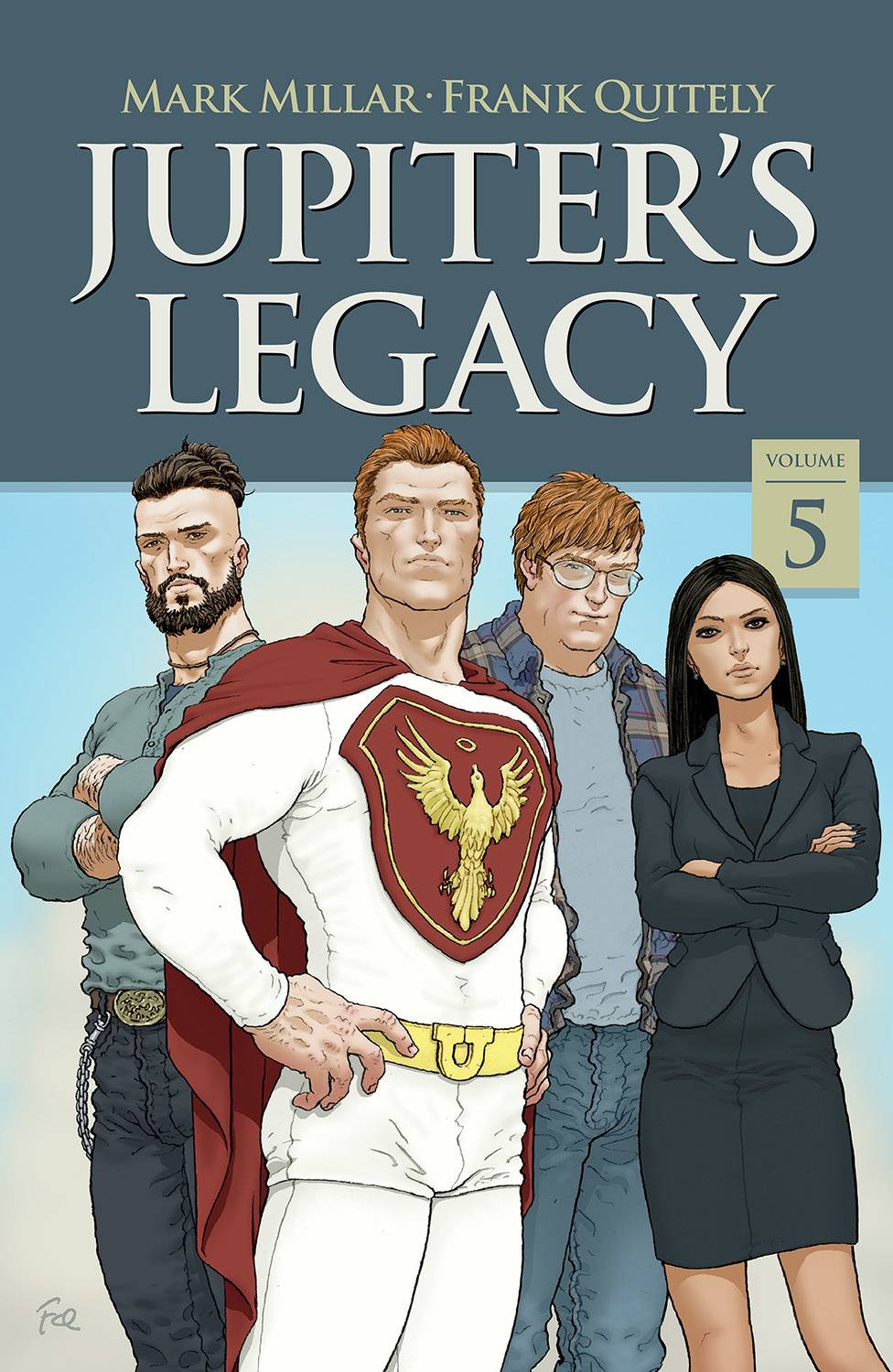 #
NOV210174
(W) Mark Millar (A) Tommy Lee Edwards (CA) Frank Quitely
JUPITER'S LEGACY is Netflix's latest global sensation, with season one launching higher than any superhero series in history and remaining the world's number one most-watched show every day for the entire launch week. Now, the sequel is finally here to continue the story of Chloe, Hutch, and their doomed romance. Their children are grown up and making all the same mistakes as their parents, but the enigma of their past remains. What was the mysterious island that called to their parents in 1929 to promise them superpowers, and why has it appeared on other worlds too?

Collecting the first six issues of JUPITER'S LEGACY: REQUIEM, this volume marks the return of the MARK MILLAR and FRANK QUITELY masterpiece. Art for these six chapters has been beautifully painted by TOMMY LEE EDWARDS, as the greatest superhero story ever told draws to a bloodthirsty close.