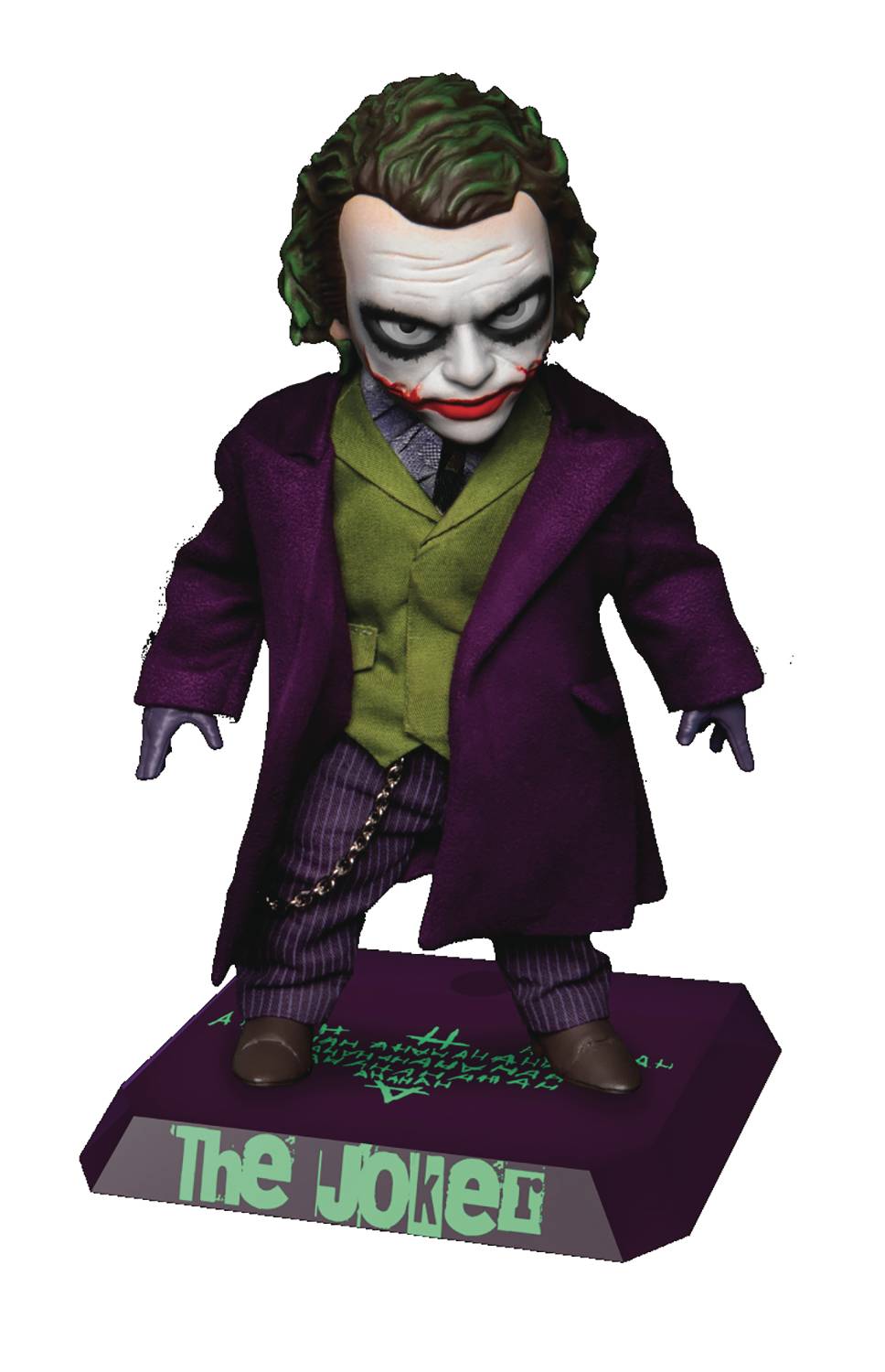 # # # # # #
NOV208143
From Beast Kingdom. In memory of Heath Ledger's seminal performance as the Joker in Christopher Nolan's The Dark Knight, Beast Kingdom presents a new update on Gotham's "Crime Prince of Darkness" himself with the EAA-120! The latest release of The EAA Joker from the Dark Knight, brings together real cloth fabric for all the clothing as well as two face sculpts and a large number of accessories in one complete package. The including replacement hands, hair, Bomb remote controller, knife, are fit for a clown that just wants to see the world burn! With an included  branded figure base, this is one set built for fans of this unforgettable Joker performance!