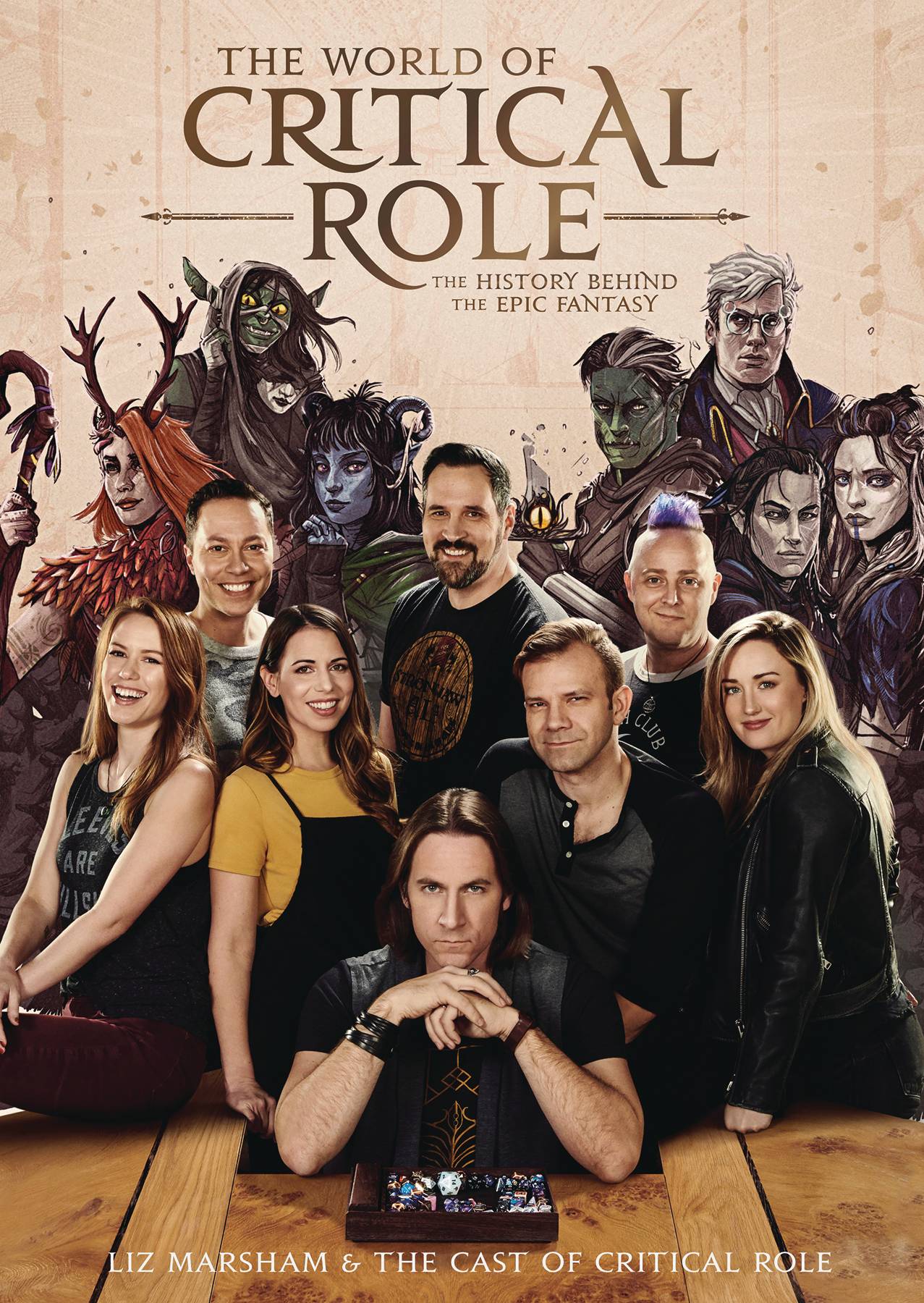 #
NOV201548
(W) Liz Marsham
Dive deep into the history of the world's most popular fantasy RPG livestream with the cast of Critical Role in this definitive guide featuring never-before-seen illustrations and photos. From its unassuming beginnings as a casual home game between friends to the role-playing phenomenon it is today, Critical Role has become the stuff of legend. Discover dazzling new illustrations and richly written insights into the locations, characters, and adventures featured in the hundreds of episodes across Critical Role's two campaigns, Vox Machina and the Mighty Nein. Go behind the scenes with archival photos and exclusive interviews with Dungeon Master Matt Mercer and the entire Critical Role cast as they explore their characters' most triumphant moments and darkest hours.
In Shops: N/A
SRP: $35.00