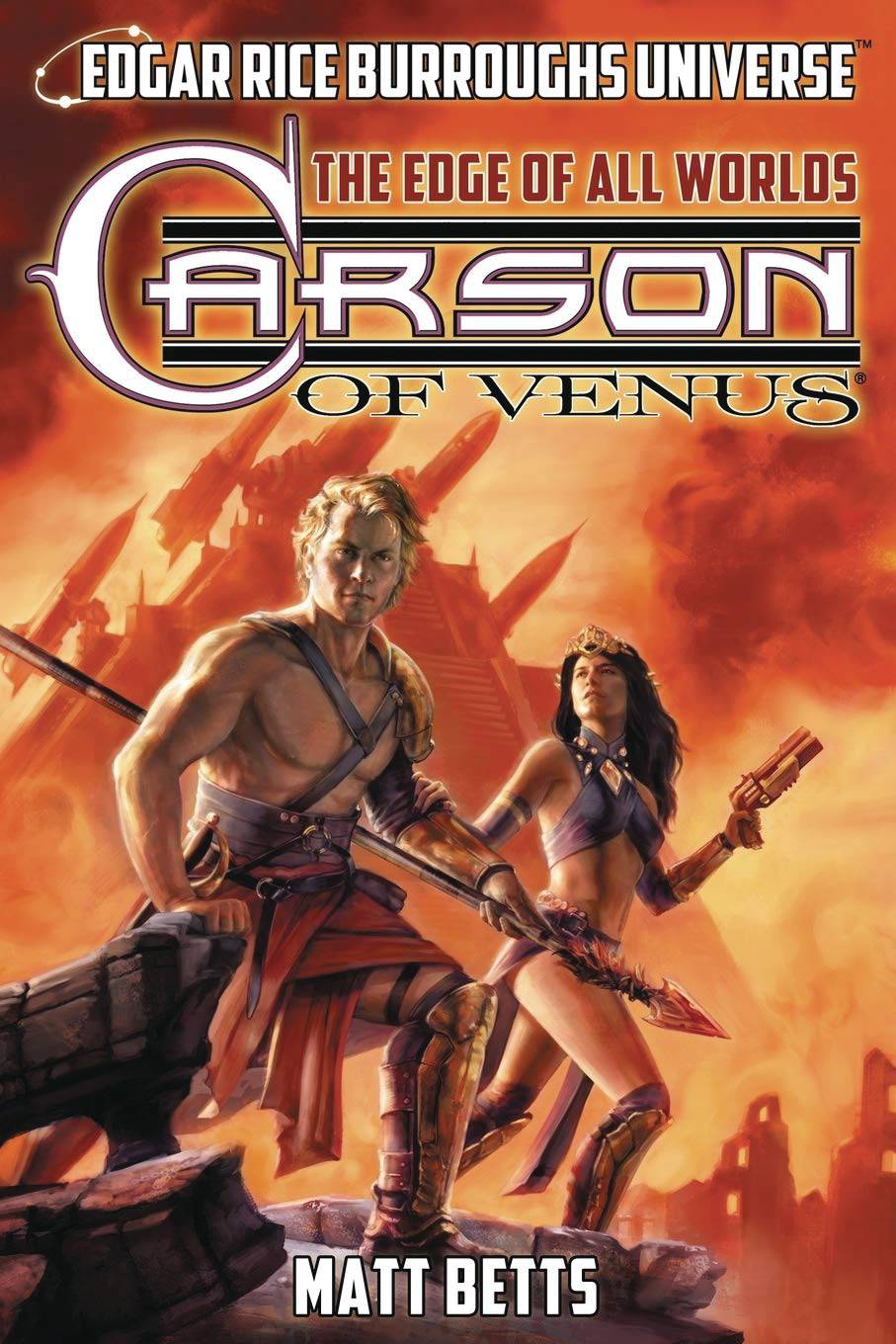 #
NOV201308
(W) Matt Betts, Christopher P. Carey (A/CA) Chris Peuler
When a mysterious enemy attacks his adopted nation of Korva, Earthman Carson Napier discovers his own arrival on Venus years ago may have unknowingly triggered the strike. The invaders' trail of death and destruction leads Carson and his beloved princess Duare headlong into battle against a seemingly invincible, primordial race. But that is not Carson's only challenge, for an uncanny phenomenon has entangled him with two strange individuals from beyond spacetime. Will Carson be able to solve the mysteries of his past and the enigmatic visitors before the entire planet descends into chaos?
In Shops: Jun 09, 2021
SRP: $34.95
View All Items In This Series
ORDER SUBSCRIBE WISH LIST