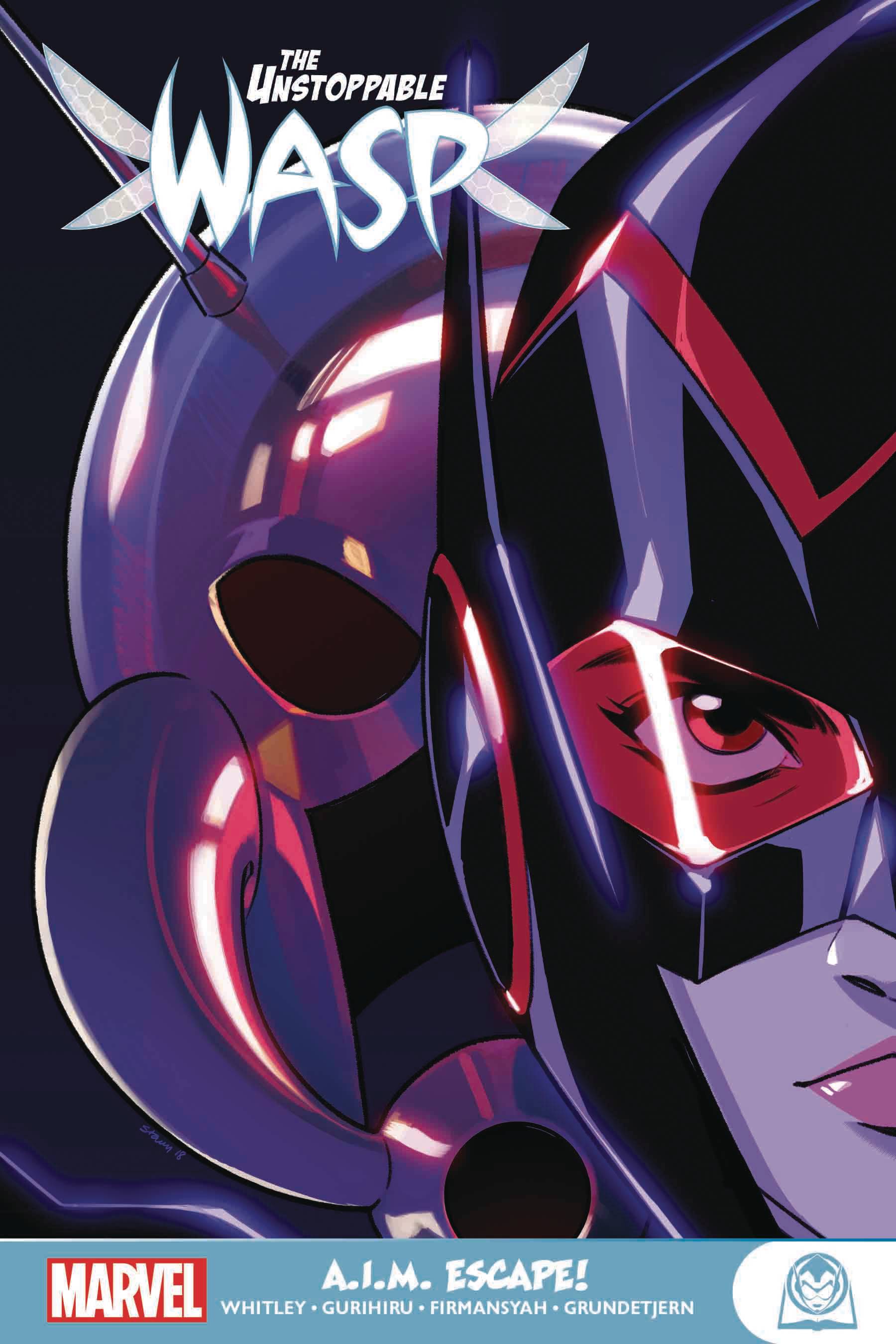 #
NOV200648
(W) Jeremy Whitley (A) Gurihiru, Alti Firmansyah (CA) Stacey Lee
Back by popular demand, it's Nadia Van Dyne - the Unstoppable Wasp! With the support of the original Wasp, Janet Van Dyne, there's no problem Nadia and the Agents of G.I.R.L. can't solve! But the Genius In action Research Labs isn't the only acronym-toting science organization out there, and the ruthless A.I.M. is gunning for them! But who is A.I.M.'s new super-powered lieutenant? How does this fearsome foe know Nadia? And how does A.I.M.'s plan involve her father, Hank Pym? Plus: A girls' night out for Nadia! G.I.R.L. prepares for its big science-expo debut! And Jan throws Nadia her first birthday party - quite possibly the best one the Marvel Universe has ever seen! But the final showdown between G.I.R.L. and A.I.M. is looming, and only one team of super-scientists can come out on top! Collecting UNSTOPPABLE WASP (2018) #1-10.