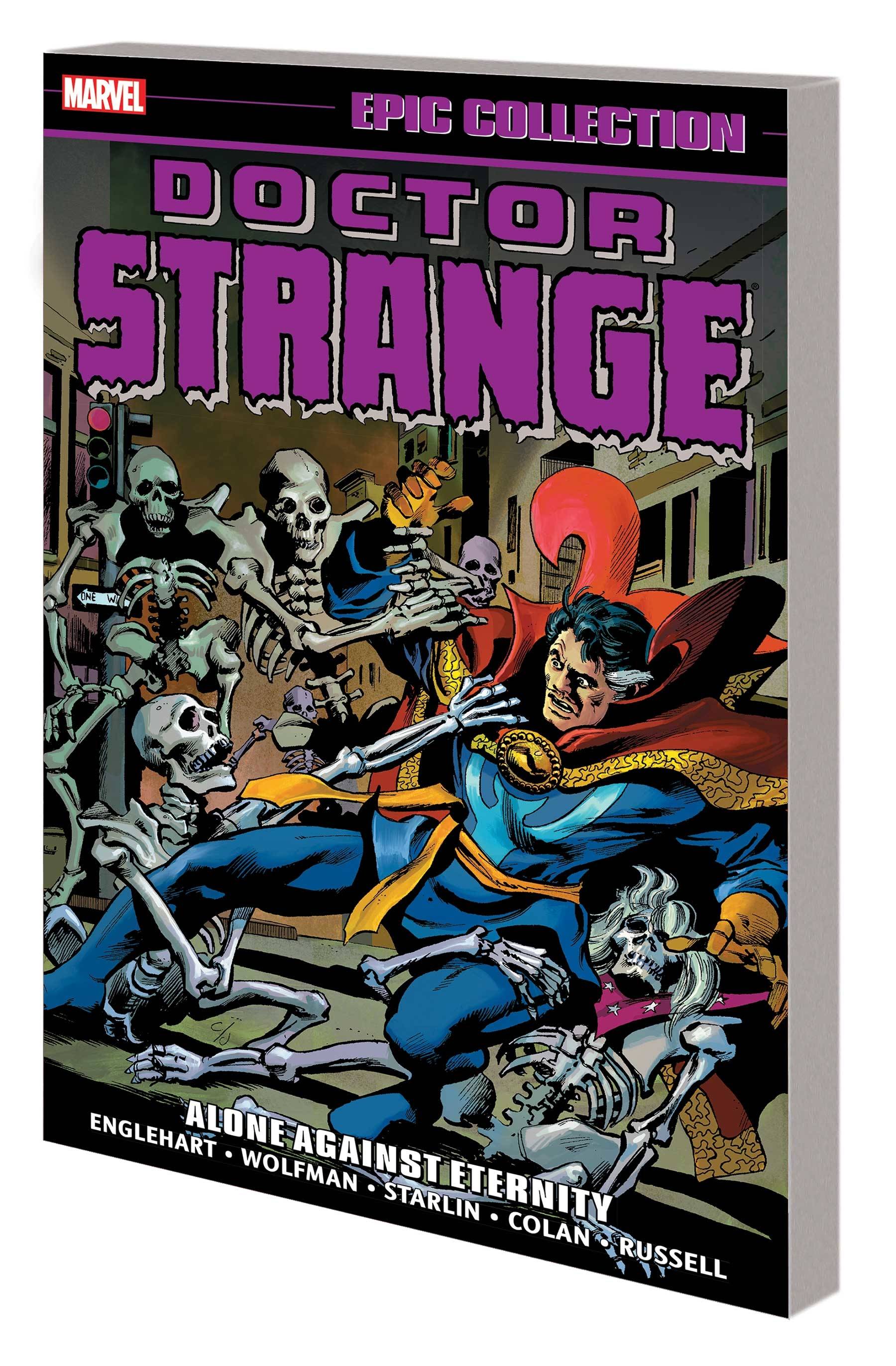 #
NOV200644
(W) Steve Englehart, More (A) More (A/CA) Gene Colan
Steve Englehart and Gene Colan set before you a series of unmatched Doctor Strange classics! Dormammu and Umar attack, and Eternity declares that the end times are here. To save us all from the end of the world as we know it, Stephen Strange must confront...himself!? Englehart concludes his run with a Dracula crossover, a trip to Hell and a time-traveling Occult History of America. Then, Marv Wolfman and Jim Starlin take the reins, pitting the good Doctor against Xander the Merciless and Clea gone mad! A descent into the bizarre Quadriverse ends with a reckoning as Strange wrestles with his status as Sorcerer Supreme! All this, plus a beautifully illustrated Annual by co-writer/artist P. Craig Russell! Collecting DOCTOR STRANGE (1974) #6-28, DOCTOR STRANGE ANNUAL (1976) #1 and TOMB OF DRACULA (1972) #44.