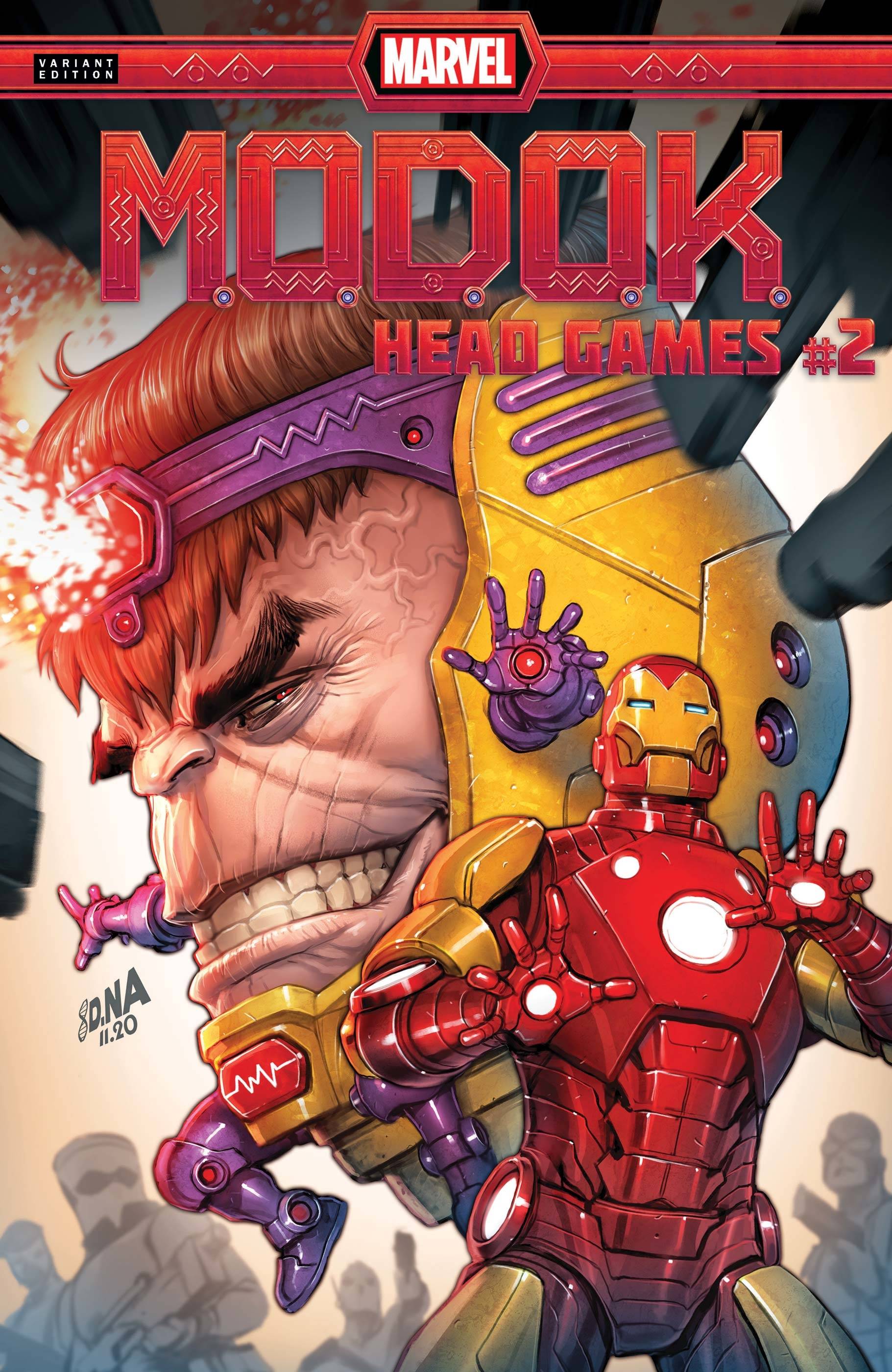 #
NOV200510
(W) Jordan Blum, Patton Oswalt (A) Scott Hepburn (CA) David Nakayama
Still haunted by visions of a life he never had, M.O.D.O.K.'s quest to uncover the truth will find him teaming up with the most unlikely of allies... none other than IRON MAN himself! Two genius intellects... one mission... what could go wrong?