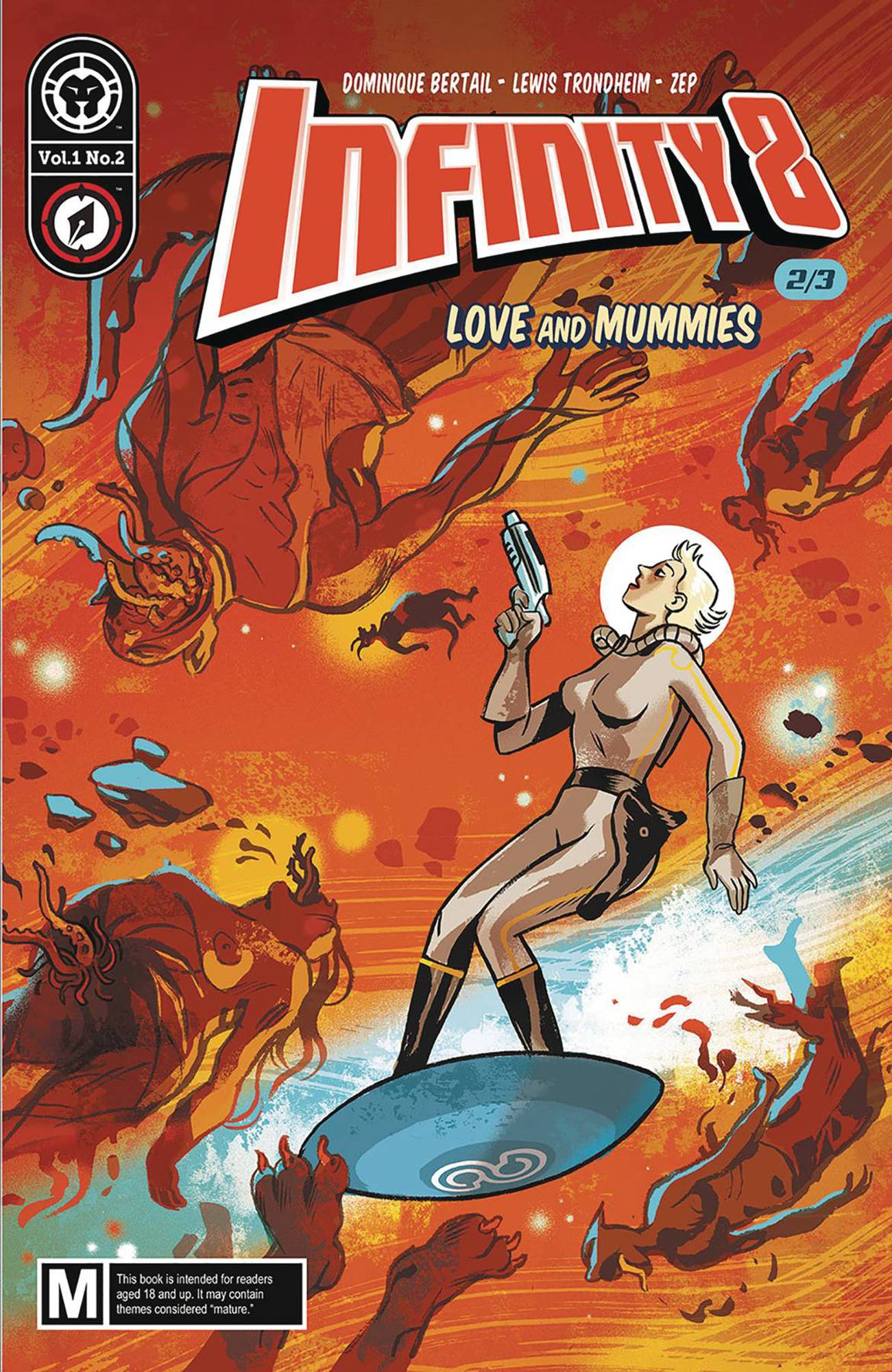 #
NOV198350
(W) Lewis Trondheim, Zep (A/CA) Dominique Bertail
Agent Karen Yoko is trapped in space outside the Infinity 8 interstellar cruise ship, which itself is trapped in a massive debris field full of alien corpses-a graveyard in space! All of the ship's airlocks are sealed shut by a mob of rogue Kornalians who've gone into a drunken craze after feasting on the space mummies and have now turned their guns on the ships reactor core... dead passengers mean more corpses to eat! Can Agent Yoko stop them before its too late?
* Part Two of the three part first arc in the series, "LOVE AND MUMMIES," introducing the world and kicking off the epic mystery.
* An tongue in cheek sci fi series of parallel adventures by the legendary Lewis Trondheim and Olivier Vatine and some of the most popular creators in France, including Fabian Vehlmann, Olivier Balez, Kris, Martin Trystram, Lorenzo De Felici, Biancarelli, Boulet, and Killoffer.
* In the wild, imaginative tradition of the original Heavy Metal, but geared for a whole new generation of comic fans.
In Shops: Jan 01, 2020
SRP: $3.99
View All Items In This Series
ORDER SUBSCRIBE WISH LIST