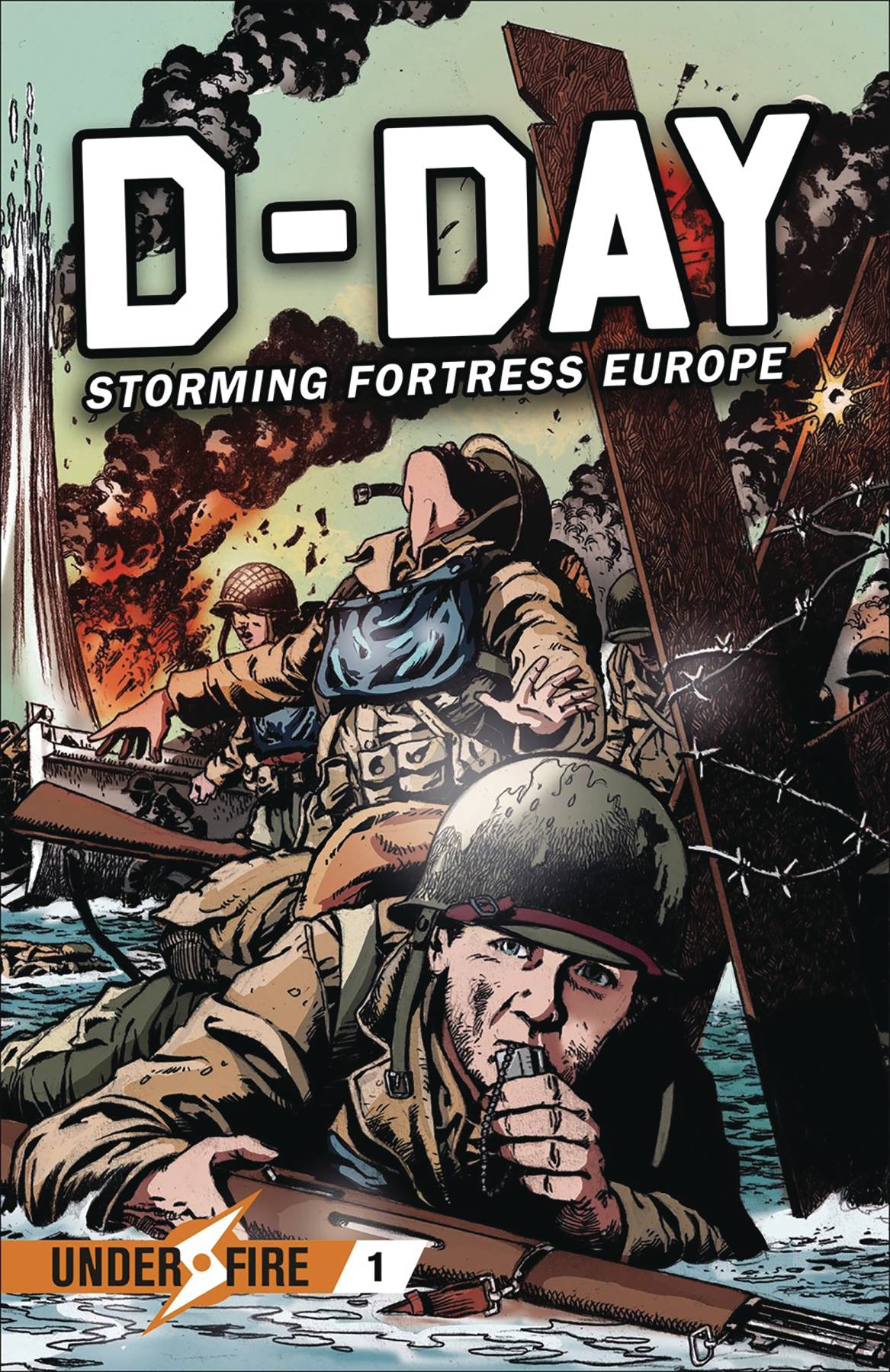 #
NOV191829
(W) Jack Chambers (A) Esteve Polls
Join the invasion of Normandy with D-Day, a fully illustrated account of the Allied landing that changed the direction of World War II. The soldiers who stormed the beaches on June 6, 1944, paved the way for the liberation of Europe and forced Hitler to fight a war on two fronts.
One of the largest amphibious military offensives of all time, more than 4,000 troops lost their lives that day to free Europe from Hitler's oppressive control. See what it was like for Allied soldiers to exit their landing craft and wade through the water under machine gunfire and exploding mortars. Their sacrifice and ultimate victory turned the tide of the Second World War.
In Shops: Jan 15, 2020
SRP: $26.00