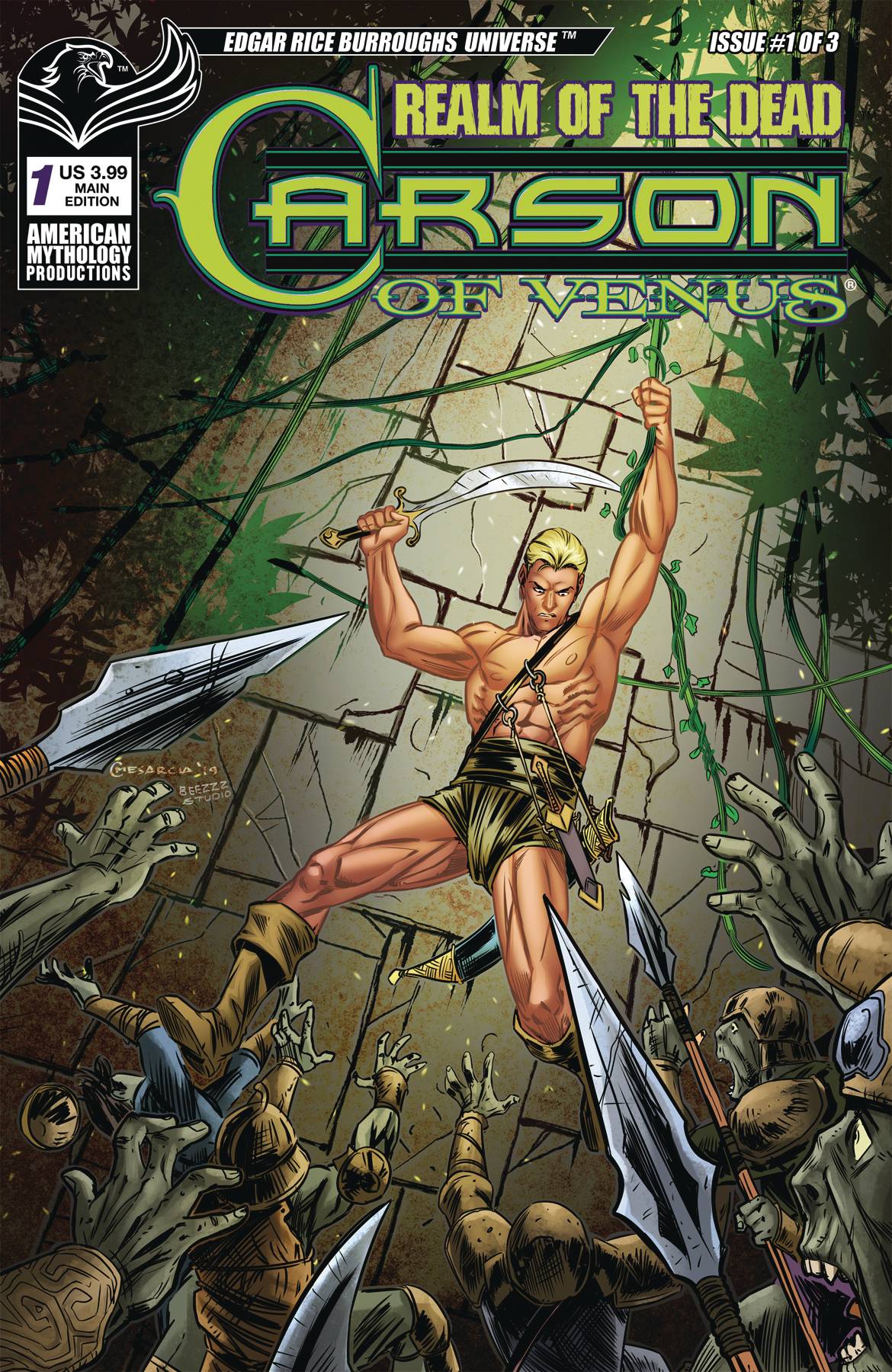 #
NOV191393
(W) Mike Wolfer (A) Mike Wolfer (A/CA) Cyrus Mesarcia
Carson Napier's adventures on the planet Venus take a terrifying turn in this all-new mini-series! Picking up where the "Fear on Four Worlds" story ended, Carson finds himself alone in the jungles of Amtor, where he embarks on a single-man crusade to rescue his beloved Duare, who has been kidnapped by the villainous Skor. But Skor is not alone... He is the self-appointed ruler of a city of reanimated corpses! It's one of Edgar Rice Burroughs' most iconic heroes in an action-packed flight into the very realm of the dead!. Carson of Venus: Realm of the Dead #1 is available with three covers - Main by Vincenzo Carratu, Variant by Mike Wolfer, and a limited edition 1 in 350 Pulp cover, also by Wolfer.
In Shops: Mar 04, 2020
SRP: $3.99
View All Items In This Series
ORDER SUBSCRIBE WISH LIST