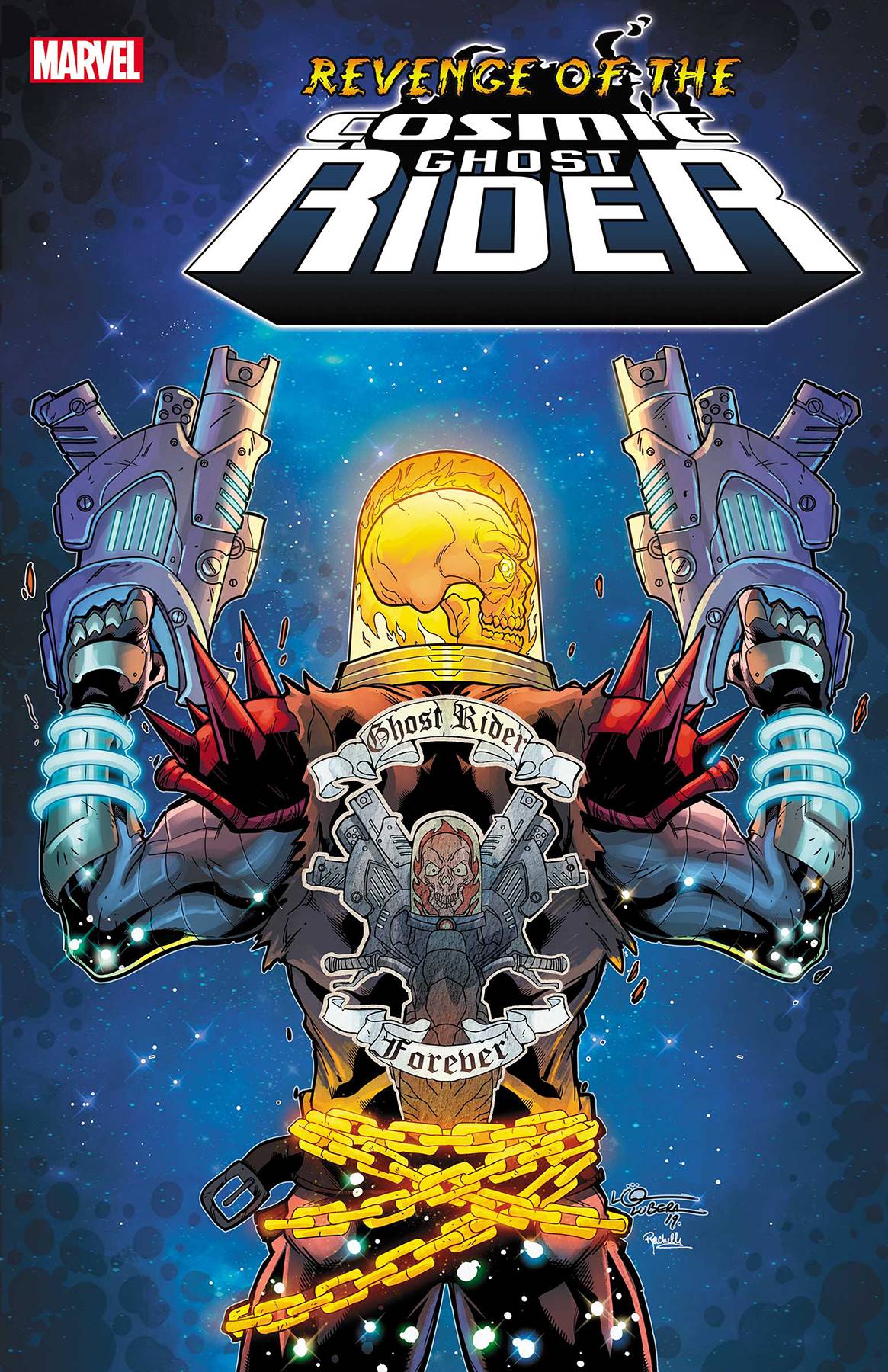 #
NOV190765
(W) Dennis "Hopeless" Hallum (A) Scott Hepburn (CA) Logan Lubera
Cosmic Ghost Rider is ready to burn a fiery swathe across the cosmos-but he's picked up a rogue earth hitchhiker along the way!
Will Cammi's presence become Rider's own form of penance, or will her thirst for vengeance just add fuel to the flames?
Don't miss out as these two rebels' paths converge as they embark on a two-person crusade against one of the biggest crime syndicates in the cosmos!
Parental Advisory
In Shops: Jan 15, 2020
SRP: $3.99
View All Items In This Series