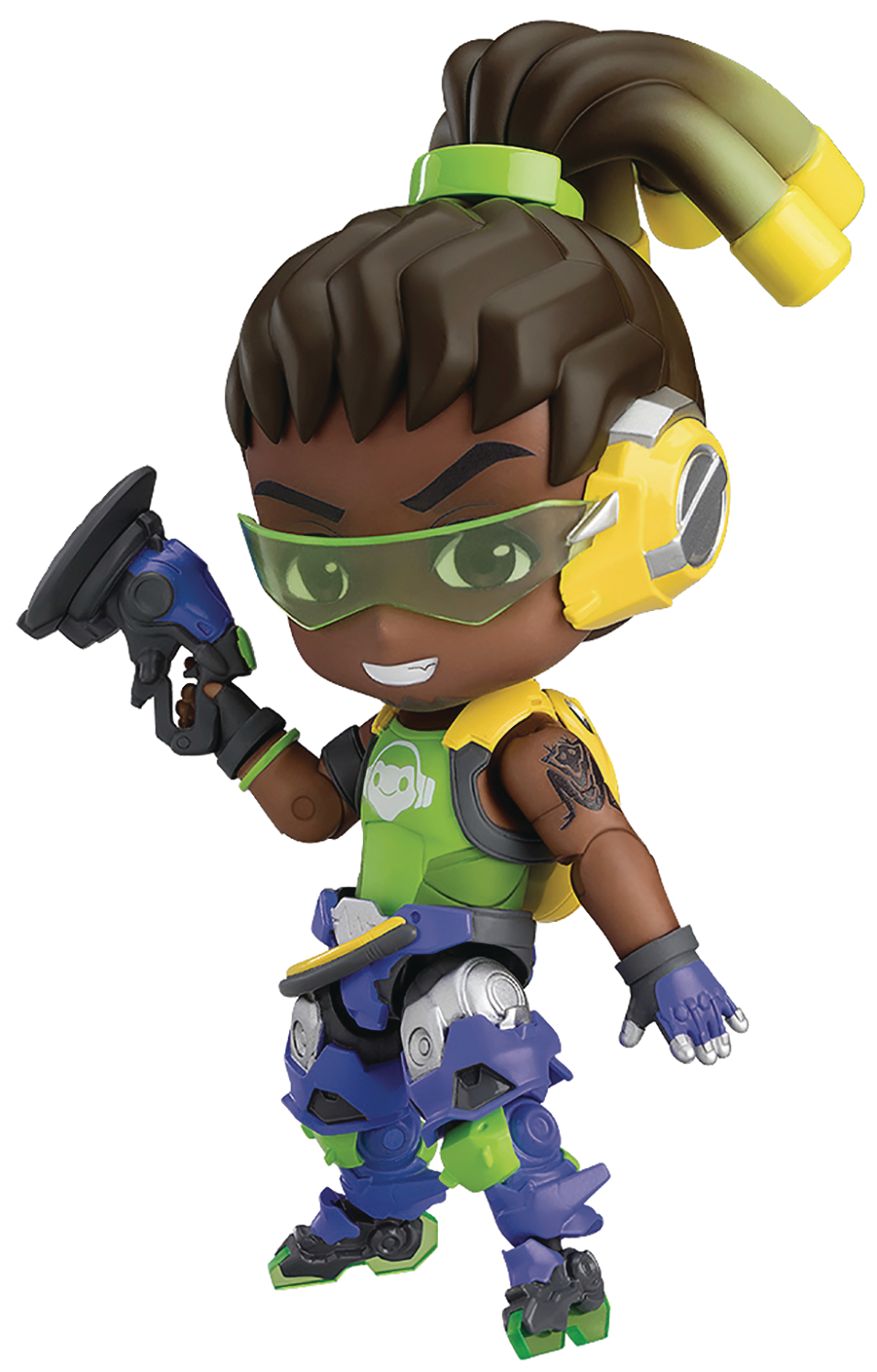 NOV188574
From Good Smile Company. From the globally popular multiplayer team-based shooter Overwatch comes the twelfth Nendoroid figure from the series: L cio! This Nendoroid figure features several points of articulation, including his hair, allowing you to display him in all kinds of acrobatic poses. He comes with a standard smiling expression and a more playful grinning expression! L cio comes equipped with his Sonic Amplifier, along with translucent effect parts that allow you to recreate his iconic in-game abilities. Pose him firing his Soundwave, or display him performing his Sound Barrier ultimate ability with the included clear effect sheet. Nendoroid L cio also comes with both yellow and green skate blade parts as well as wall-riding effect parts, allowing you to display him speeding around amplifying his team's movement speed or regenerating their health!