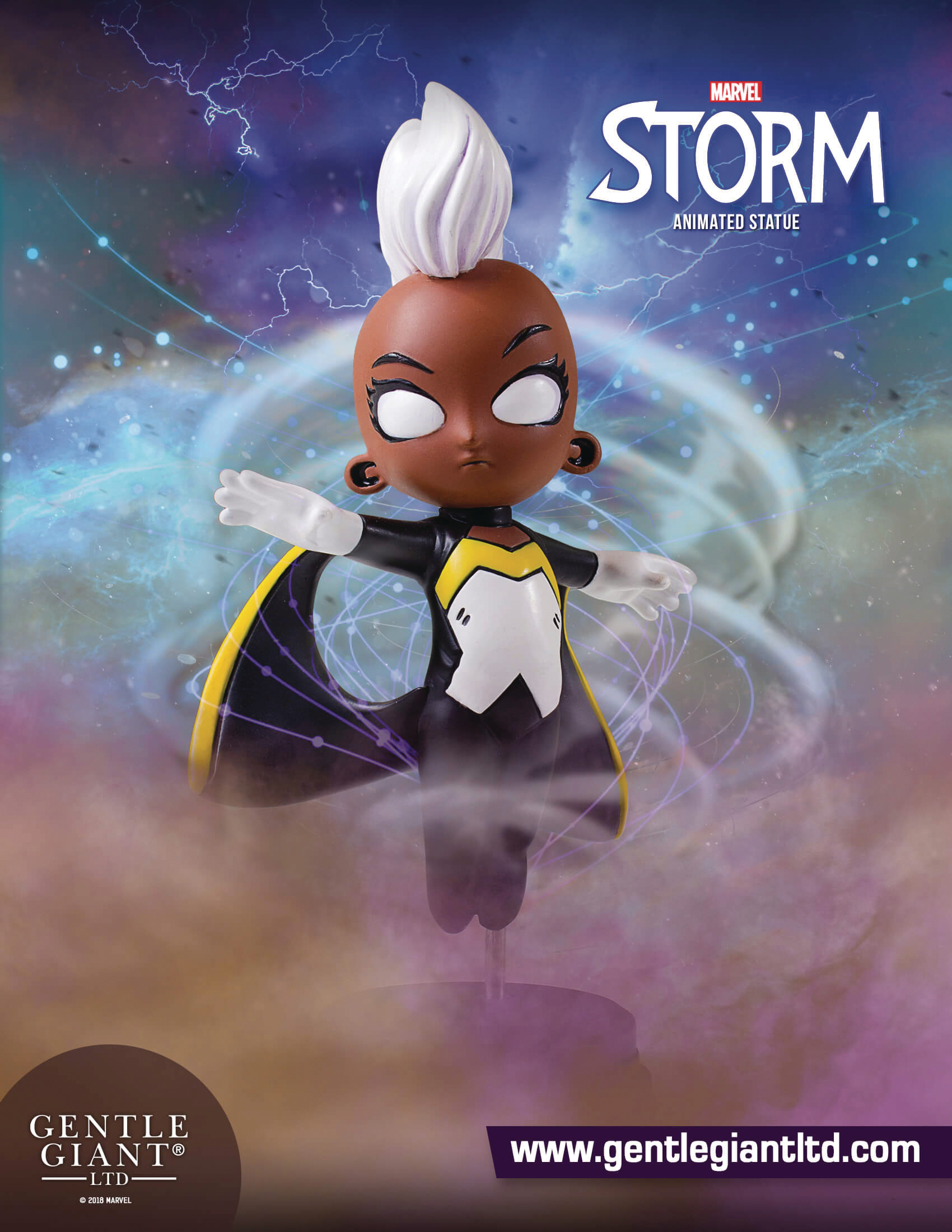 NOV182386
Ororo Munroe, aka Storm, is one of the most powerful mutants in history, with the mutant ability to control weather patterns. Storm is a natural born leader and in addition to being a Queen has also found herself the leader of The New Mutants, The Morlocks, and the X-Men. Storm is the 20th release in Gentle Giant's popular line of Marvel animated statues and this piece is based on the variant cover for Storm #1 by fan-favorite artist Skottie Young. The regal Storm is depicted using her powers to hover over her base with her signature white Mohawk and cape blowing in the breeze. The Storm Animated Statue was digitally sculpted and carefully printed on state of the art 3D Systems 3D printers. The high-resolution prints were then used in the creation of prototypes needed to produce this animated collectible. Each animated statue is hand-cast, hand-painted, and hand-numbered with a limited edition Certificate of Authenticity.
In Shops: Sep 04, 2019
SRP: $64.99