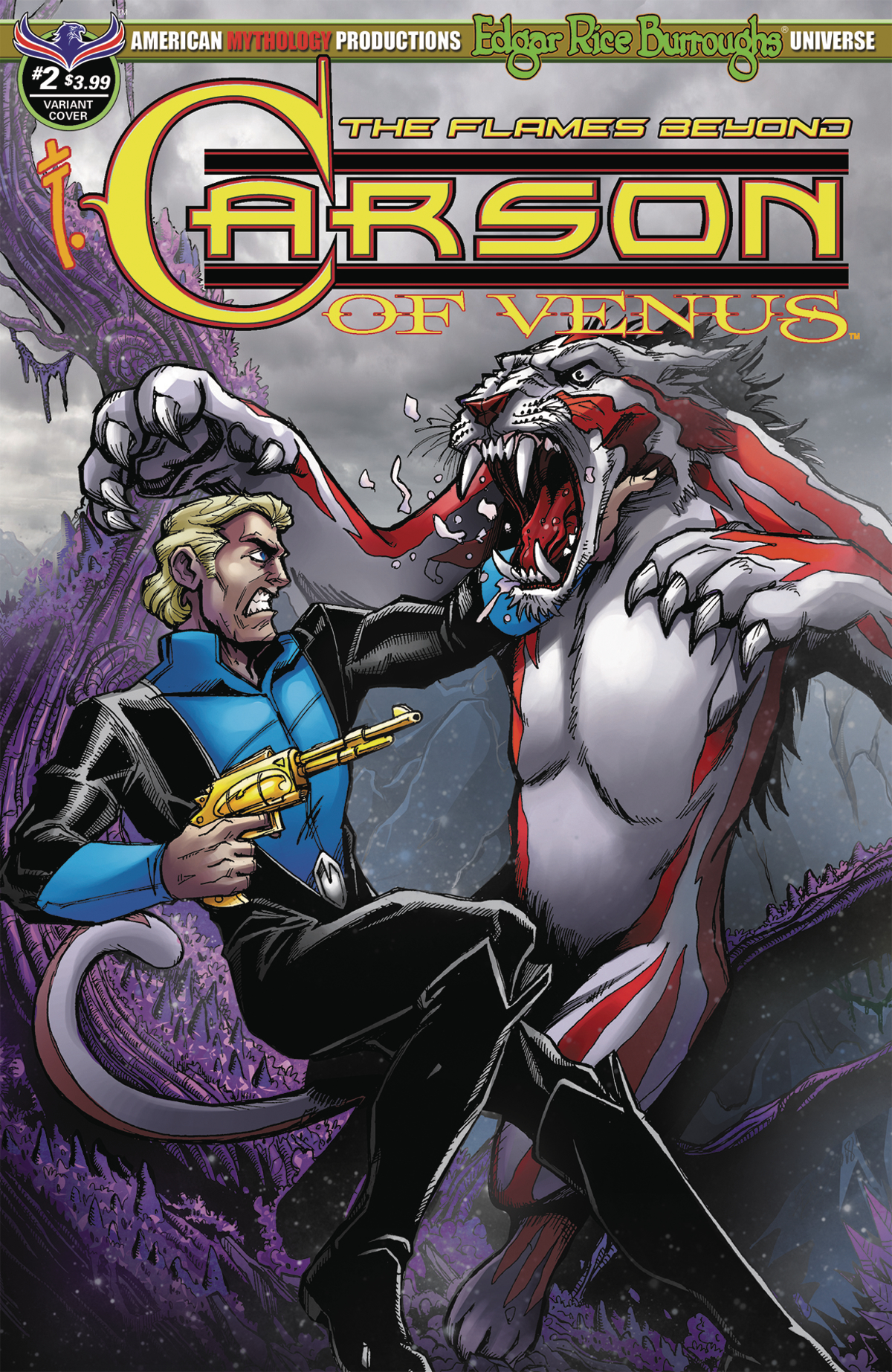 NOV181457
(W) Christopher P. Carey (A) Cyrus Mesarcia (CA) Puis Calzada
Power-hungry scientist Varlek Sar has taken Carson Napier back in chains to the technocratic dystopia of Havatoo, seeking to weaponize Carson's ability to project his image great distances. Carson's nemesis is aided by the only other Earthling known to have traveled to Venusmysterious woman worshipped as the goddess of fire who holds the secret to turning Carson's ghostly projections into myriad legions of corporeal warriors. As Varlek Sar tries to coax Carson into a devil's bargain, Duare must use all her wits and determination to assemble the bickering factions of Amlot into an alliance against the technologically superior city-state of Havatoo. The stakes couldn't be higher for Carson and his companions. For if Duare fails to unite the factions and Carson succumbs to his enemy's machinations, nothing will stand between Varlek Sar and his megalomaniacal plan to conquer all of Amtor, and after that-the unsuspecting planet Earth. Carson of Venus The Flames Beyond #2 comes with three covers - Main by series artist Cyrus Mesarcia, Pulp Homage by Puis Calzada, and limited-edition Character Design edition also by Mesarcia.
In Shops: Feb 13, 2019
SRP: $3.99
View All Items In This Series