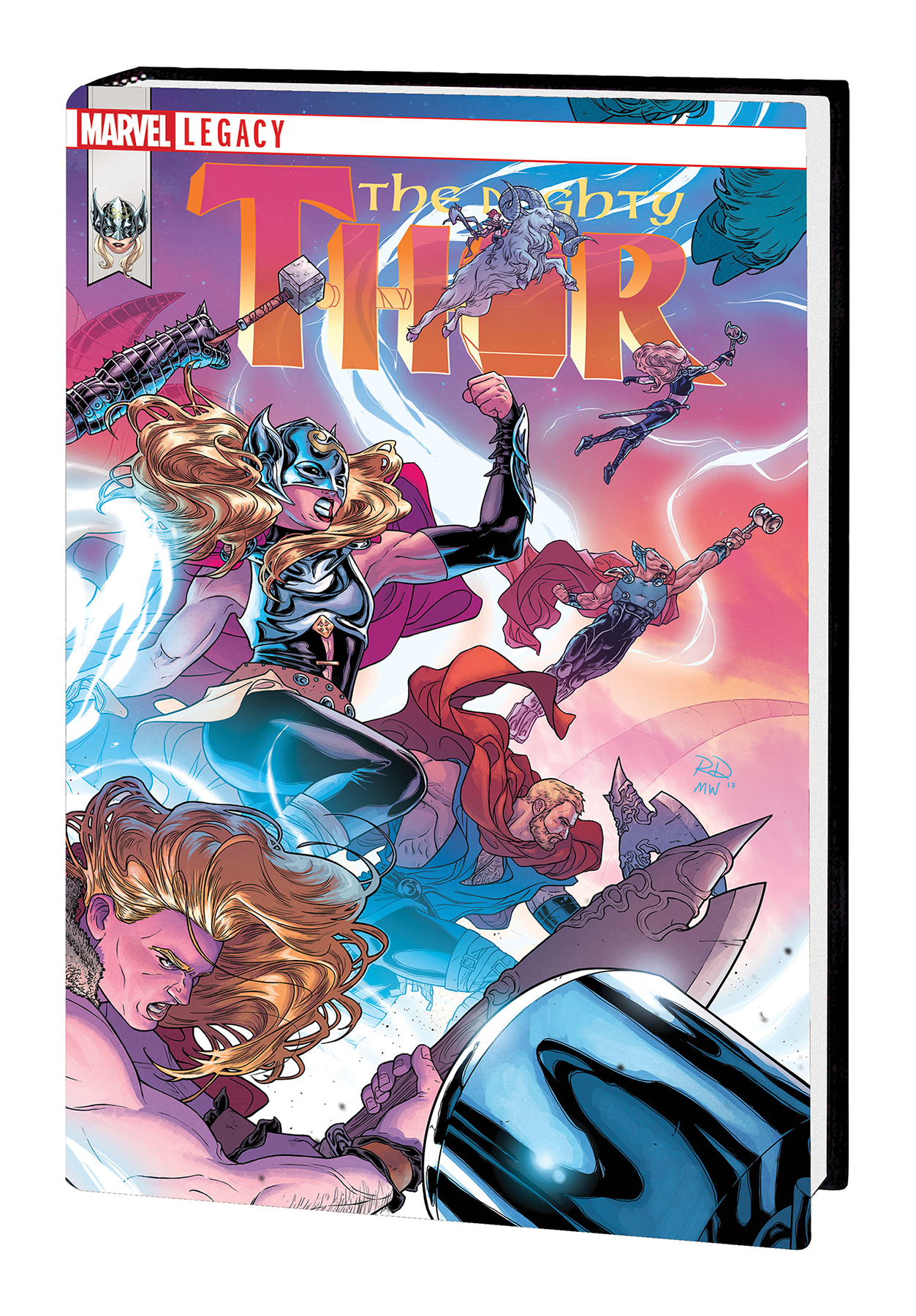 NOV181008
(W) Jason Aaron (A) Steve Epting, More (A/CA) Russell Dauterman
Death comes for the Mighty Thor! But first, she must survive the Asgard/Shi'ar War! Plus, as Malekith's manipulations threaten all there is, Jane Foster recruits Angela and Sif to her new League of Realms - and leads them on a deadly mission into Dark Elf territory! Then, when the hammer of the Ultimate Thor resurfaces, its new wielder becomes a thundering Thor for dangerous times. But who is this new War Thor? As Malekith's dark army grows, the Queen of Cinders threatens to engulf the Realms. But worse is still yet to come! When the Mangog returns just as Jane's cancer takes a turn for the worse, the end approaches. Will the Gates of Valhalla open for Jane? Collecting MIGHTY THOR (2015) #13-23 and #700-706, GENERATIONS: THE UNWORTHY THOR & THE MIGHTY THOR and MIGHTY THOR: AT THE GATES OF VALHALLA.
Rated T+
In Shops: May 15, 2019
SRP: $44.99
View All Items In This Series