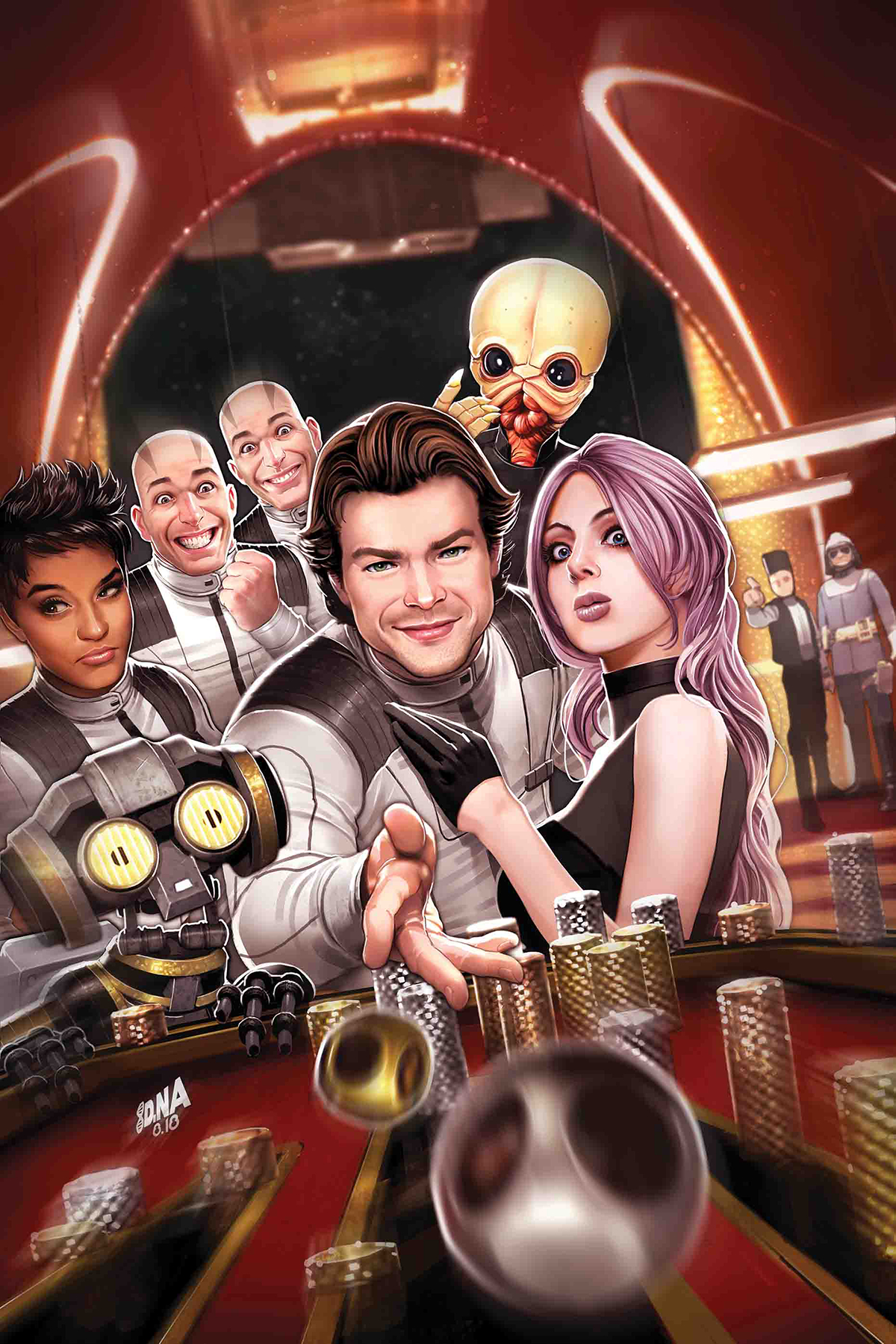 NOV180999
(W) Robbie Thompson (A) Leonard Kirk (CA) David Nakayama
CASINO ROYALE!
•  HAN SOLO gets demoted for insubordination - dragging his fellow cadets down with him. They go from flying TIE fighters to flying a giant cargo ship.
•  Han's expert flying cuts their cargo ship's flight time in half, allowing them to stop at a casino for some hard-earned R&R.
•  But Han's fellow cadets quickly learn this little "vacation" was NOT authorized by the Empire and, thanks to Han, they're all considered AWOL!
Rated T
In Shops: Jan 02, 2019
SRP: $3.99
View All Items In This Series