UNEXPECTED CALL OF THE UNKNOWN TP 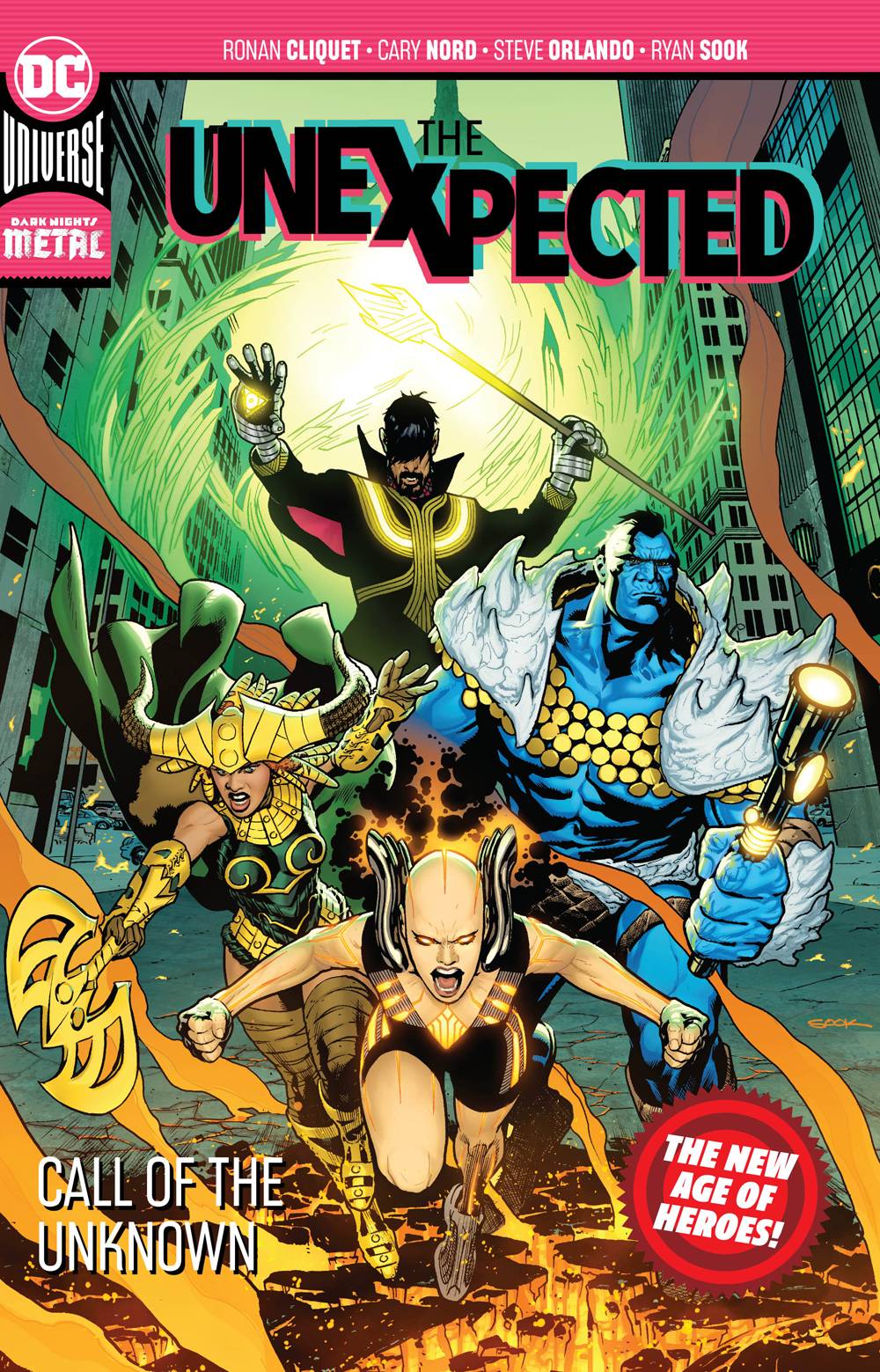 #
NOV180582
(W) Steve Orlando (A) Cary Nord, Yvel Guichet, Ronan Cliquet, Wade Von Grawbadger, Mick Gray, Mark Farmer, Scott Hanna (A/CA) Ryan Sook
In the aftermath of DARK NIGHTS: METAL, the DC Universe has been forever changed as new heroes are called out of the shadows. Amid this all is Janet Fals...Firebrand! Once a paramedic dedicated to saving lives, she must now start a fight once every 24 hours to feed the Conflict Engine that's replaced her heart. But Janet's heart isn't just a curse-it's a beacon, drawing out both the mysterious Neon the Unknown and the seductive, malevolent Bad Samaritan. Plus, Thanagarian dictator Onimar Synn arrives on Earth with his army to pick the planet apart in search of the vibro-active Nth Metal. Collects issues #1-8.
In Shops: Feb 27, 2019
SRP: $19.99
ORDER WISH LIST