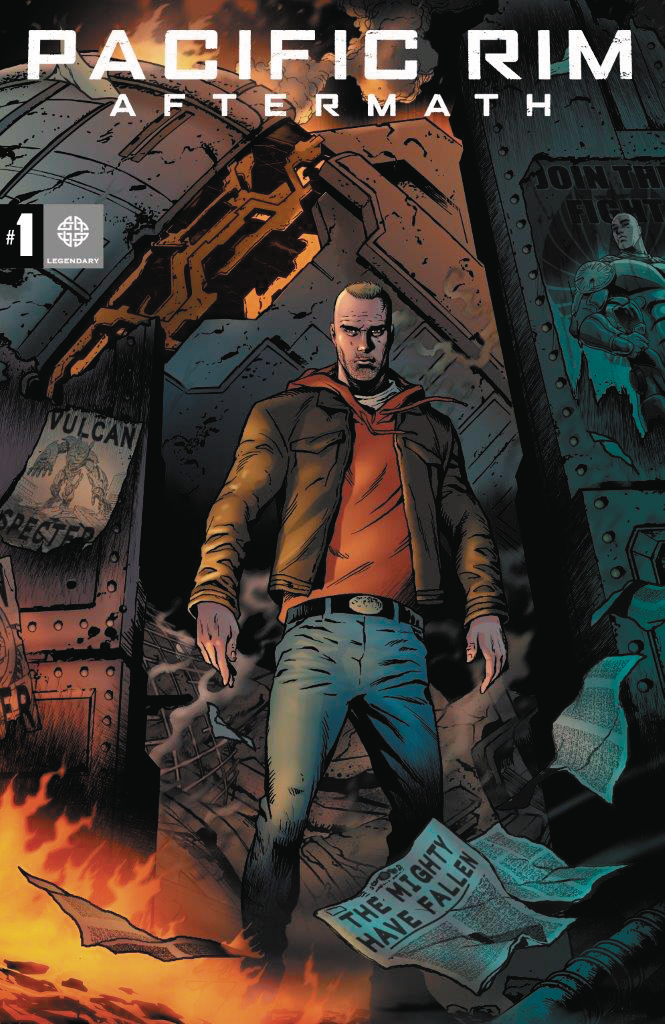 NOV171750
(W) Cavan Scott (A/CA) Richard Elson
Prepare to return to the epic universe of Jaegers and Kaiju with Pacific Rim Aftermath, the official comic book prequel to the highly anticipated new film Pacific Rim Uprising starring John Boyega and coming to theaters March 2018. Santa Monica, 2034. In a city that was once the jewel of the west coast, a new world has emerged: one rising up from the ashes of giant robots and giant monsters. In this futuristic aftermath, we will meet a new generation of survivors, including Jake Pentecost, son of Stacker Pentecost, who is searching for answers behind the death of his Legendary father; Griffin, a Jaeger pilot who has gone from using his skills to defend the world to piloting an illegal Jaeger enforcer for a mob boss; and the Mech Czar, a techno-criminal overlord who rules the underworld with a steel fist. Set against a neo-noir backdrop of street gangs, Kaiju worshipers, and Jaeger Scrapyards, a mysterious but familiar figure arrives with a dangerous agenda!
In Shops: Jan 17, 2018
SRP: $3.99
View All Items In This Series