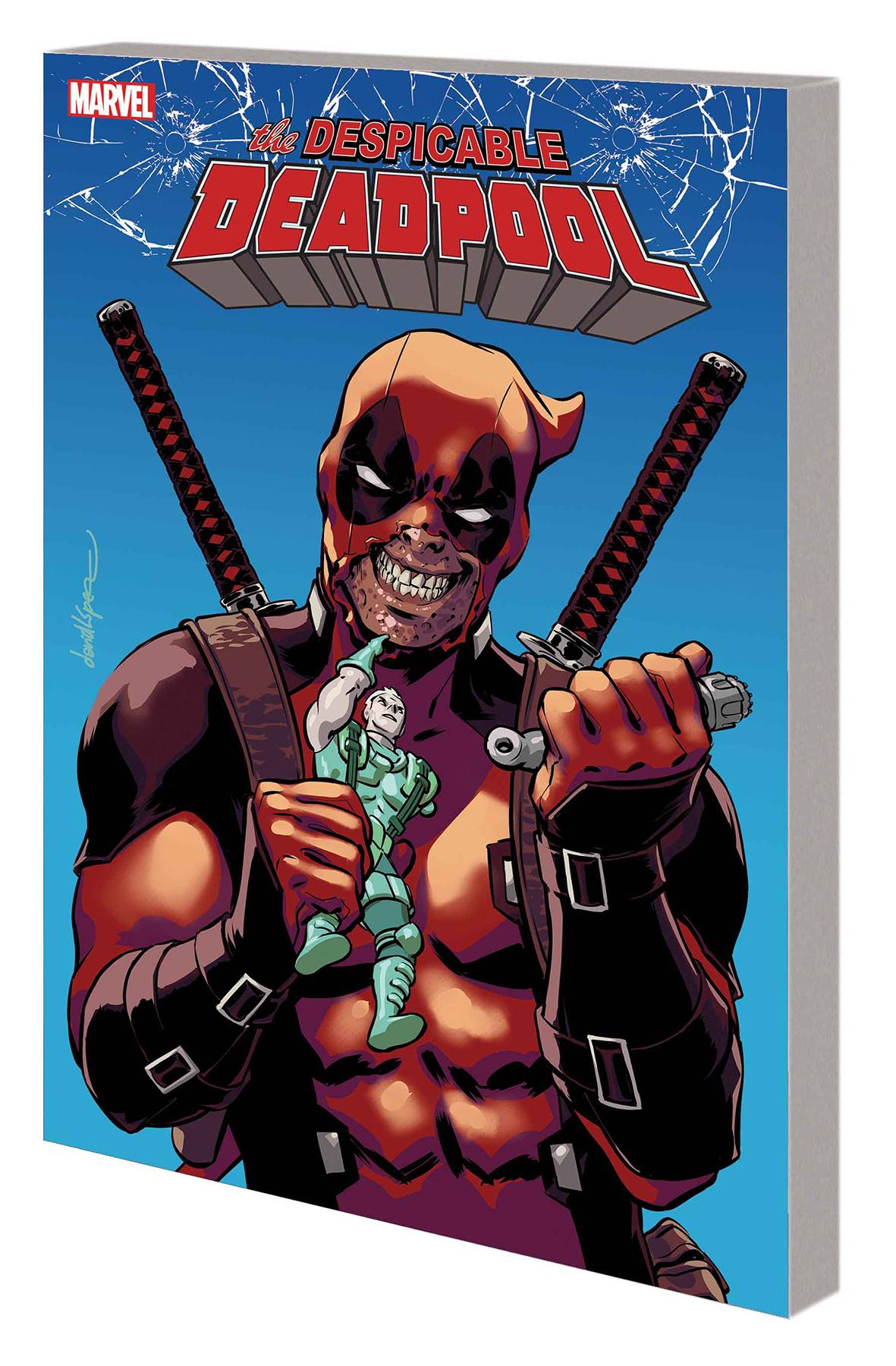 #
NOV171066
(W) Gerry Duggan (A) Scott Koblish (CA) David Lopez
Forget world's greatest - Deadpool is despicable! And to prove it, he's gonna ice Cable. You heard that right. No more being a hero - Wade Wilson is a wanted man, and he's going back to doing what he does best: killing people. What better way to show you're serious about going bad than offing your old pal? Deadpool's new best friend, Stryfe, is going to be so happy! Though just because Deadpool is a man on a mission, doesn't mean he can't find a little time along the way to fight some dinosaurs - because who wouldn't want to punch a dinosaur? But then it's straight back to the plan, we swear. Join Wade Wilson on his journey back to the dark side! Collecting DESPICABLE DEADPOOL #287-291.
Parental Advisory
In Shops: Feb 28, 2018
SRP: $17.99
View All Items In This Series
ORDER WISH LIST