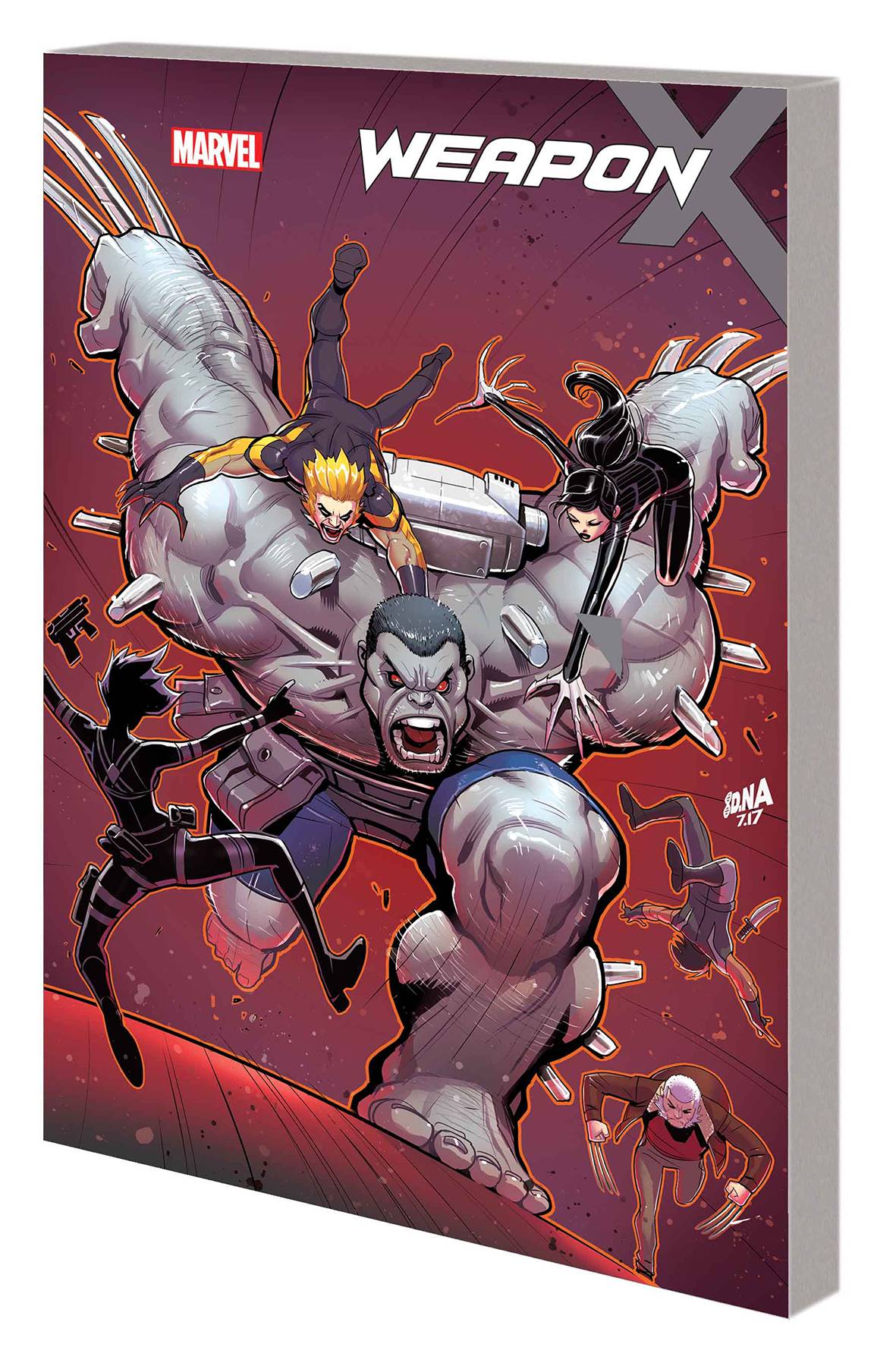 #
NOV171059
(W) Greg Pak, Fred Van Lente (A) Marc Borstel, Ibraim Roberson (CA) David Nakayama
The most savage X-book on the stands continues! The newly reformed Weapon X program took DNA from the most dangerous genetic anomalies in the world to create a rage-filled behemoth of epic proportions. Now the secrets behind their work will be revealed! Old Man Logan and the gang are on the hunt for this deadly new creature, Weapon H - but they are still one step behind Weapon X. And the only person who can point them in the right direction is...Reverend Stryker! Even if Logan finds Weapon H, he struggled against the Hulk in his prime - how will he fare as an old man against a nightmare with the powers of Hulk and Wolverine combined?! Will Laura Kinney, the All-New Wolverine, lend a claw? Collecting WEAPON X (2017) #7-11.
Rated T+
In Shops: Feb 28, 2018
SRP: $15.99
View All Items In This Series
ORDER SUBSCRIBE WISH LIST