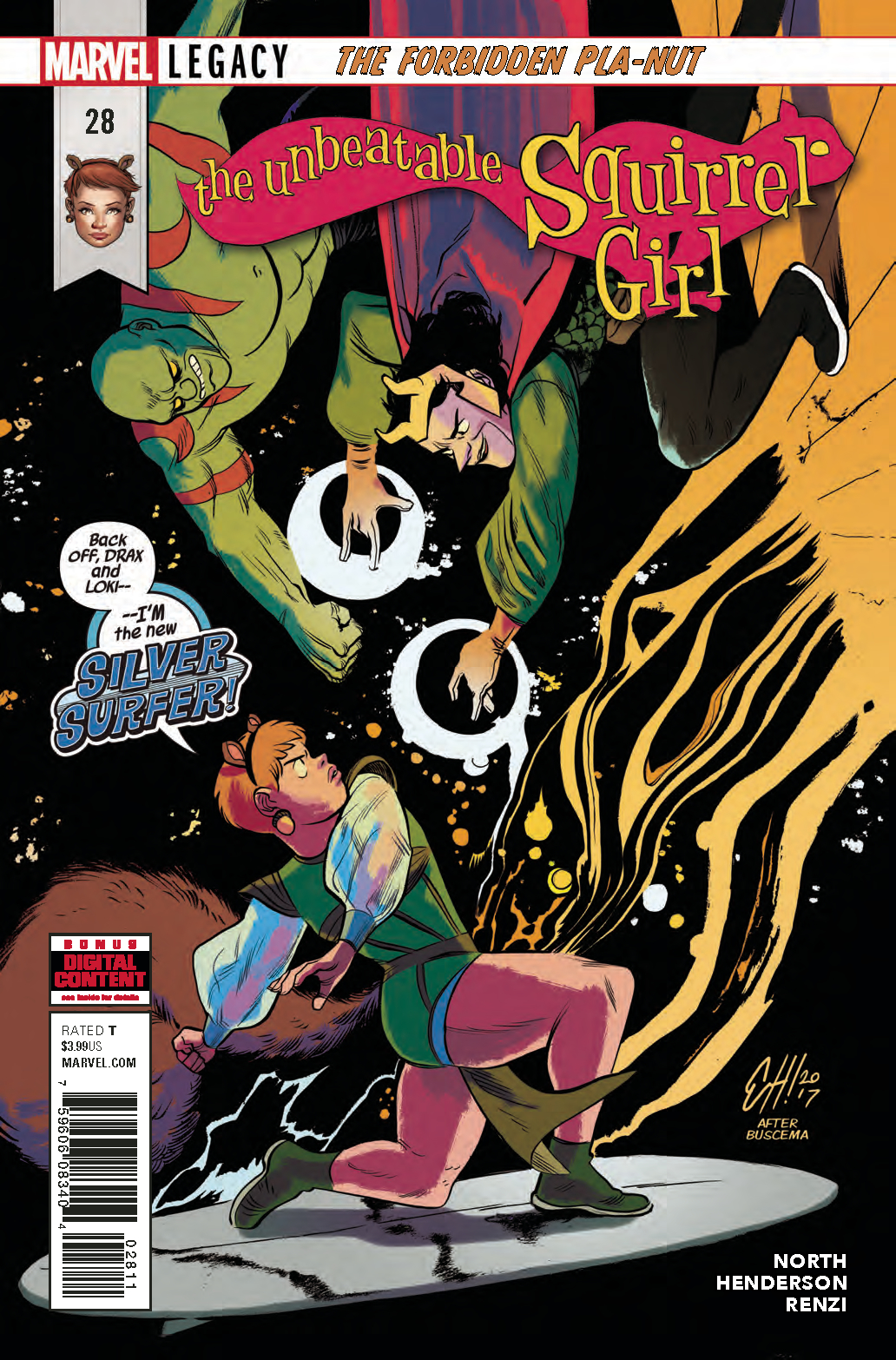 NOV170975
(W) Ryan North (A/CA) Erica Henderson
THE FORBIDDEN PLA-NUT PART 2
•  Nancy (human, no powers) and Tippy-Toe (squirrel, no powers) have been kidnapped! Trapped on an alien world filled with alien squirrels, they have only a short amount of time to figure out something - ANYTHING - before EVERYBODY DIES.
•  But that's okay, because Squirrel Girl will rescue them, right? I'd love to say, "Yes, absolutely," but instead I am forced to say, "No way, she's trapped on Earth, she barely knows where they are, and she has to defeat THE DREAD DORMAMMU before she can go anywhere!"
•  And with LOKI standing in as Sorcerer Supreme, it's not like this battle is going to be A) easy or B) at all winnable.
•  That's right: Loki's back, baby! Can CAT THOR be far behind?
Rated T
In Shops: Jan 10, 2018
SRP: $3.99
View All Items In This Series