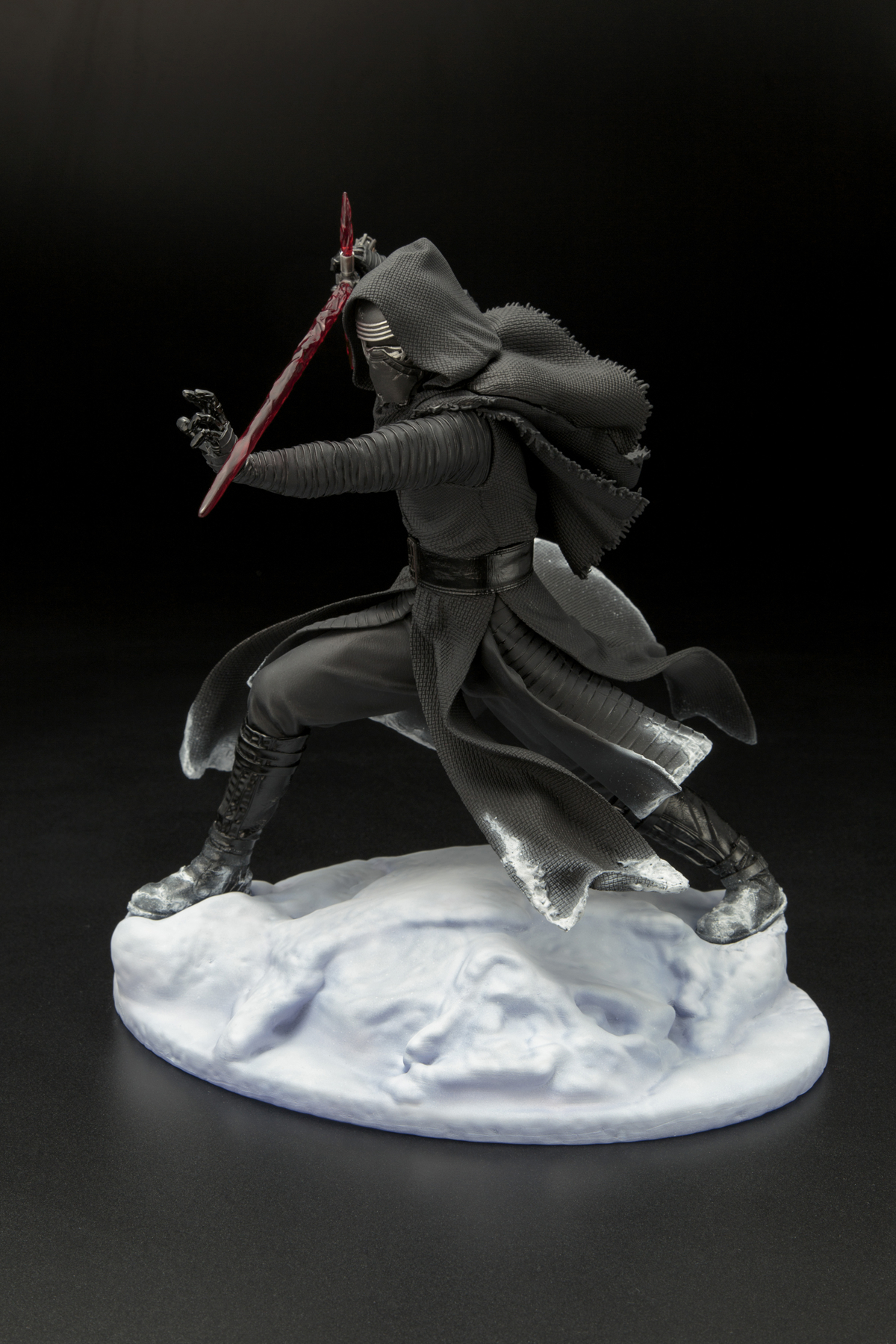 NOV162695
Kotobukiya's ARTFX STAR WARS lineup continues with characters from STAR WARS Episode
VII: The Force Awakens starting with none other than Kylo Ren!
Kylo Ren looks great in this beautifully sculpted 1/7 scale statue, standing on a snow-themed
base sculpted to hint at the shape of Darth Vader's destroyed helmet
Kylo Ren strikes a wide, stable stance, holding his unique lightsaber (with LED light up
features) raised to attack those who oppose the First Order.
With the ARTFX line's easy snap-fit assembly, Kylo Ren is ready to display in seconds!
Display along with other ARTFX+ statues based on characters from STAR WARS Episode VII:
The Force Awakens such as the First Order Stormtroopers or Captain Phasma!
In Shops: Jun 07, 2017
SRP: $139.99
ORDER WISH LIST