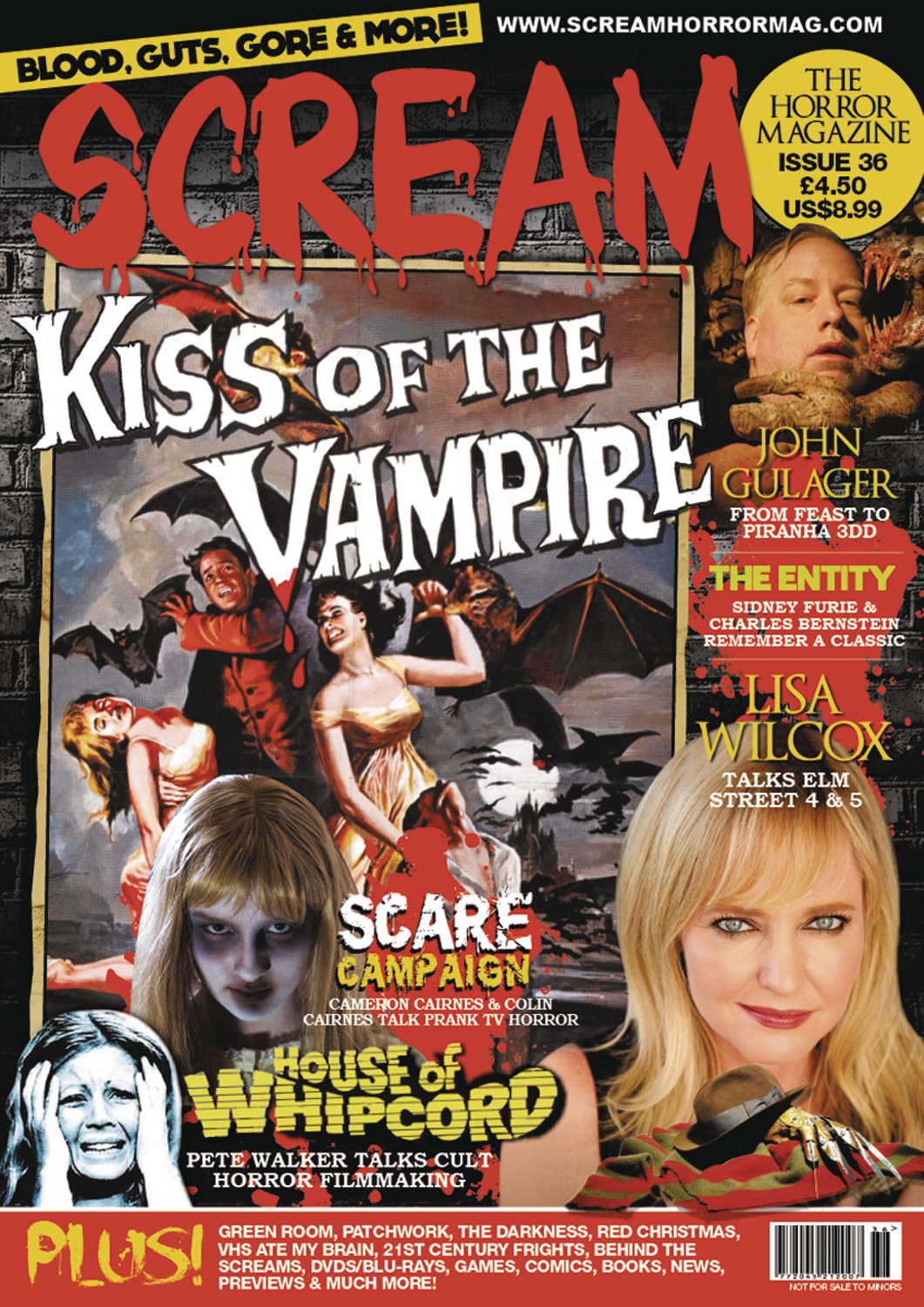 NOV162140
Scream is The World's No.1 Horror Magazine. In this issue the team talk to John Carpenter about his life in horror cinema and current music tour. Bruce Campbell discusses the smash hit TV series Ash Vs. Evil Dead and Amanda Wyss from A Nightmare On Elm Street remembers working on Wes Craven's 1984 classic. Tod Browning's Universal Creature Feature Dracula turned 85 this year and a big retrospective piece can be found inside this issue and on the subject of Creature Features you will also find an exclusive interview with Director Ken Cosentino about his remake of Attack of the Killer Shrews!