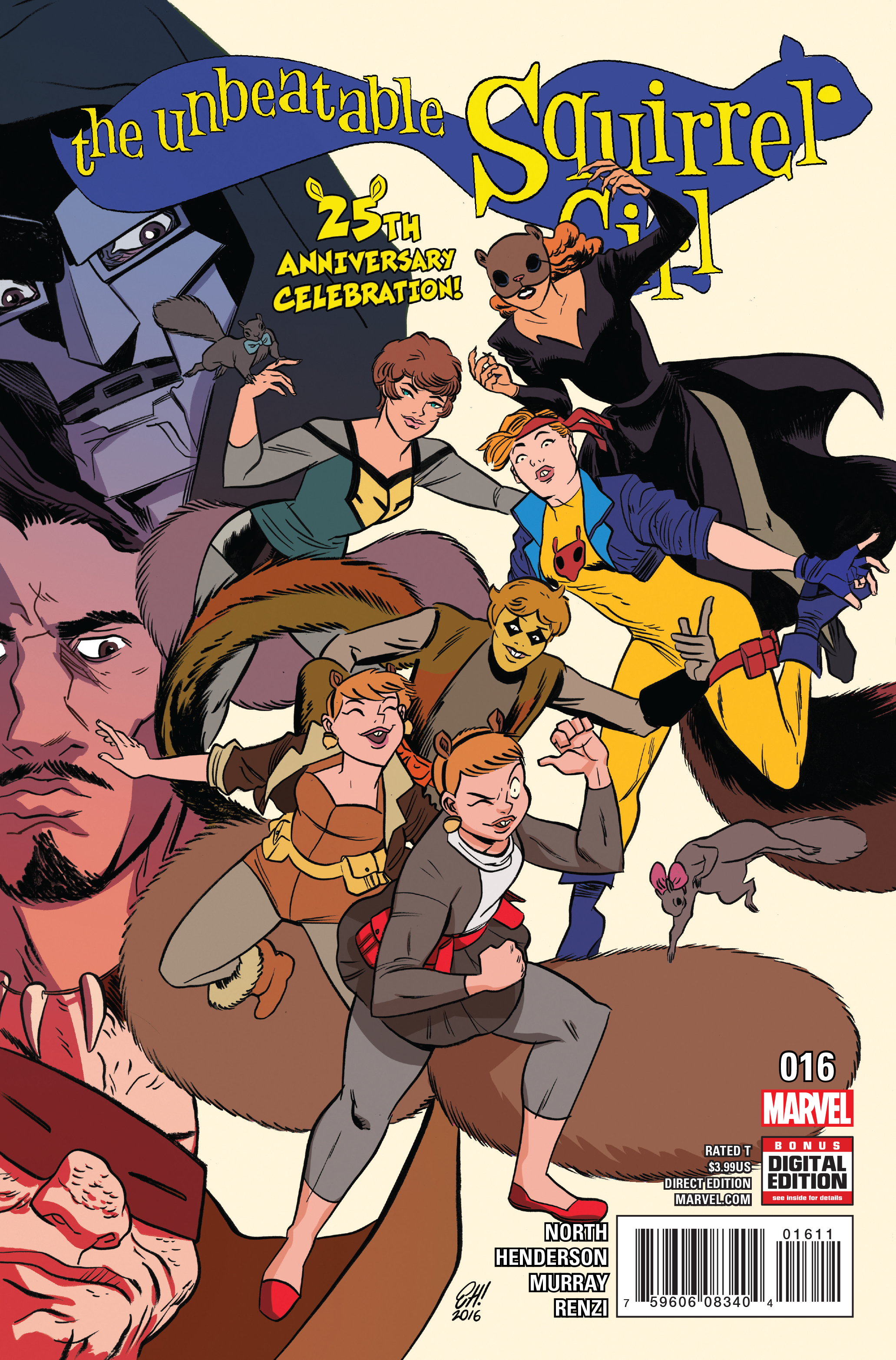 NOV160777
(W) Ryan North, Will Murray (A) Steve Ditko (A/CA) Erica Henderson
• It's the 25th anniversary of Squirrel Girl! Twenty-five years ago THIS MONTH, she made her first appearance in MARVEL SUPER-HEROES vol. 2 #8, way back in January 1992!
•  Then nothing really happened with her for like a decade, until 2005, when she appeared in - wait, what am I, Wikipedia? Wikipedia has all this stuff, and people don't read comic solicits for a HISTORY LESSON: they read them for some SWEET SPOILERS on what will be in their comics several months from now! So let's spoil some comics, huh??
•  SPOILERS BEGIN. In celebration of 25 years of Squirrel Girl (SEVERAL of which actually featured the publication of comics starring her), we've brought back Squirrel Girl's co-creator, Will Murray, to write only his SECOND Squirrel Girl story ever!
•  It's Squirrel Girl's 15th  birthday, and she's gotten the greatest present of all: a run-in with THE INCREDIBLE HULK??
•  Also, your regular Squirrel Girl team is here to also tell a story, so that's cool too (Erica's drawing both)!
•  Two stories, two writers, one artist, and one quarter of a century with a character! It's a special one-shot you won't want to miss!!
•  SPOILERS OVER. Now try to act surprised when you read it, okay??
Rated T+
In Shops: Jan 11, 2017
SRP: $3.99
View All Items In This Series