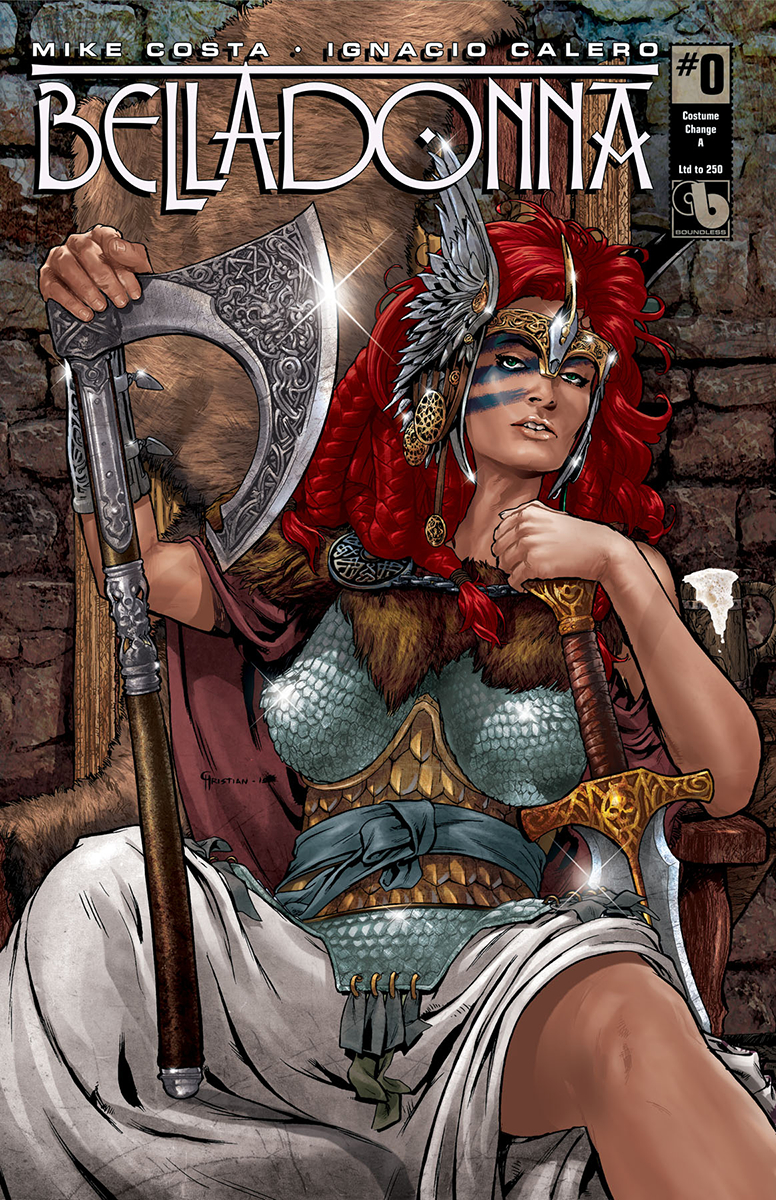 NOV151205
(W) Mike Costa (A) Ignacio Calero (CA) Christian Zanier
The all-new Belladonna epic begins here!  It's the story of a Viking warrior and her army of shield maidens in a century of massive upheaval in the Celtic north.  Belladonna uses her ferocious bloodlust and supernatural strength to wage war against the cruel Picts and mythical beasts, surrounded by a bleak and unforgiving landscape.  But bloodletting and supernatural beasts aside, Belladonna is also a meticulously researched evocation of the pre-Roman British isles during the  9th century. It was a century of blood and fire, kingdoms rising and falling in the contest between the Vikings and the Picts, with Belladonna and her irregular war-party of women fighters are caught in the middle.  With the breathtaking art of Ignacio Calero, this sweeping, sexy epic is not one to be missed!  This super-size first issue also features a cover gallery of her previous series as well as an archive story from Raulo Caceres in color for the first time!  Don't miss the fantastic array of seductive covers with this issue including Regular Cover by Ignacio Calero, Shield Maiden, Blood Lust & Warrior Women by Jose Luis, Celtic Deco by Michael DiPascale, ultra-collectable Costume Change 6 cover set (with sexy topless and nude covers included) limited to just 250 sets by Christian Zanier, and a Pure Art Retailer Order Incentive by Ron Adrian.  For the ultimate in collectible editions, there is a Century cover - Red Hot - by Jose Luis that is limited to 100 copies!
In Shops: Jan 27, 2016
SRP: $36.99
View All Items In This Series