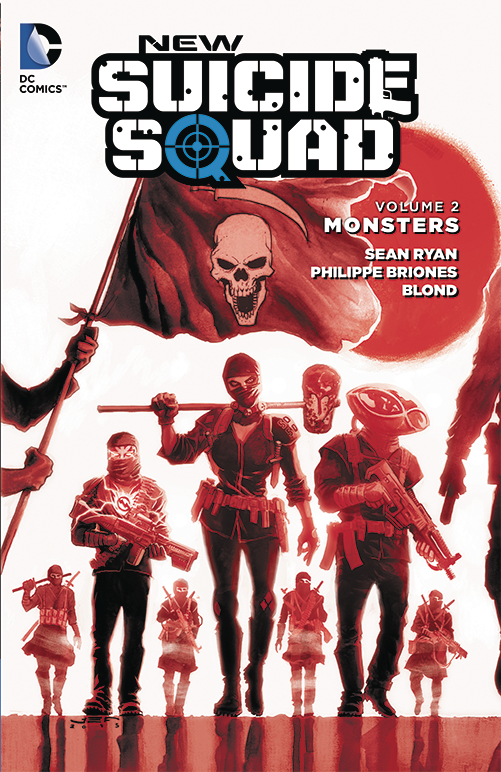 NOV150280
(W) Sean Ryan (A) Philippe Briones (CA) Juan Ferreyra
A breakaway faction of the League of Assassins has their eyes on the Suicide Squad. With new recruits in tow, infiltrating the deadly group will require extreme measures-and it may cost some squad members. How far will they push the limits and who will fall? Plus, how will Harley Quinn deal with her greatest enemy: boredom? Find out in these stories from NEW SUICIDE SQUAD #9-12, ANNUAL #1, plus the Sneak Peek story from CONVERGENCE: JUSTICE SOCIETY OF AMERICA #2.
In Shops: Feb 03, 2016
SRP: $14.99
View All Items In This Series