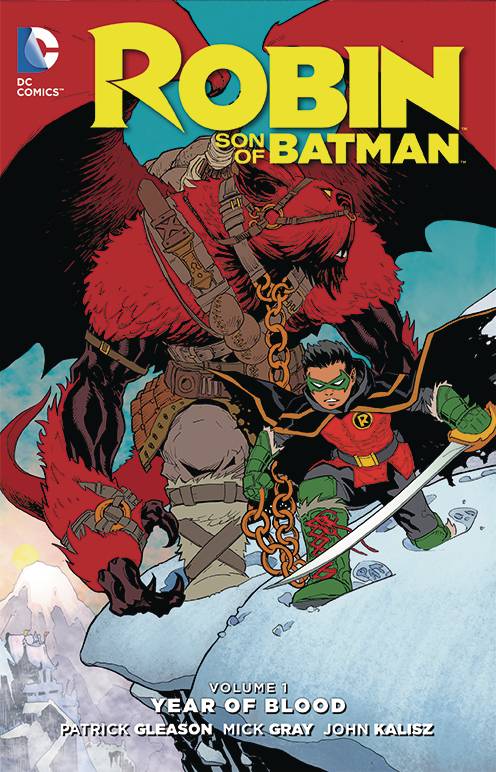 #
NOV150267
(W) Patrick Gleason (A) Tom Nguyen (A/CA) Patrick Gleason, Mick Gray
THE FIRST COLLECTION OF THE NEW DC SERIES IS HERE!
Before he was Robin, Batman's son Damian Wayne was raised by his mother, Talia al Ghul, to lead the vicious League of Assassins. In these stories from issues #1-6 of his new solo series, plus the Sneak Peek story from CONVERGENCE: WORLD'S FINEST COMICS #2., the son of Batman has freed himself from that destiny and is about to embark on a globe-spanning quest to atone for the horrible acts he committed during the most brutal portion of his old life, The Year of Blood!
In Shops: Mar 23, 2016
SRP: $22.99
View All Items In This Series
ORDER WISH LIST