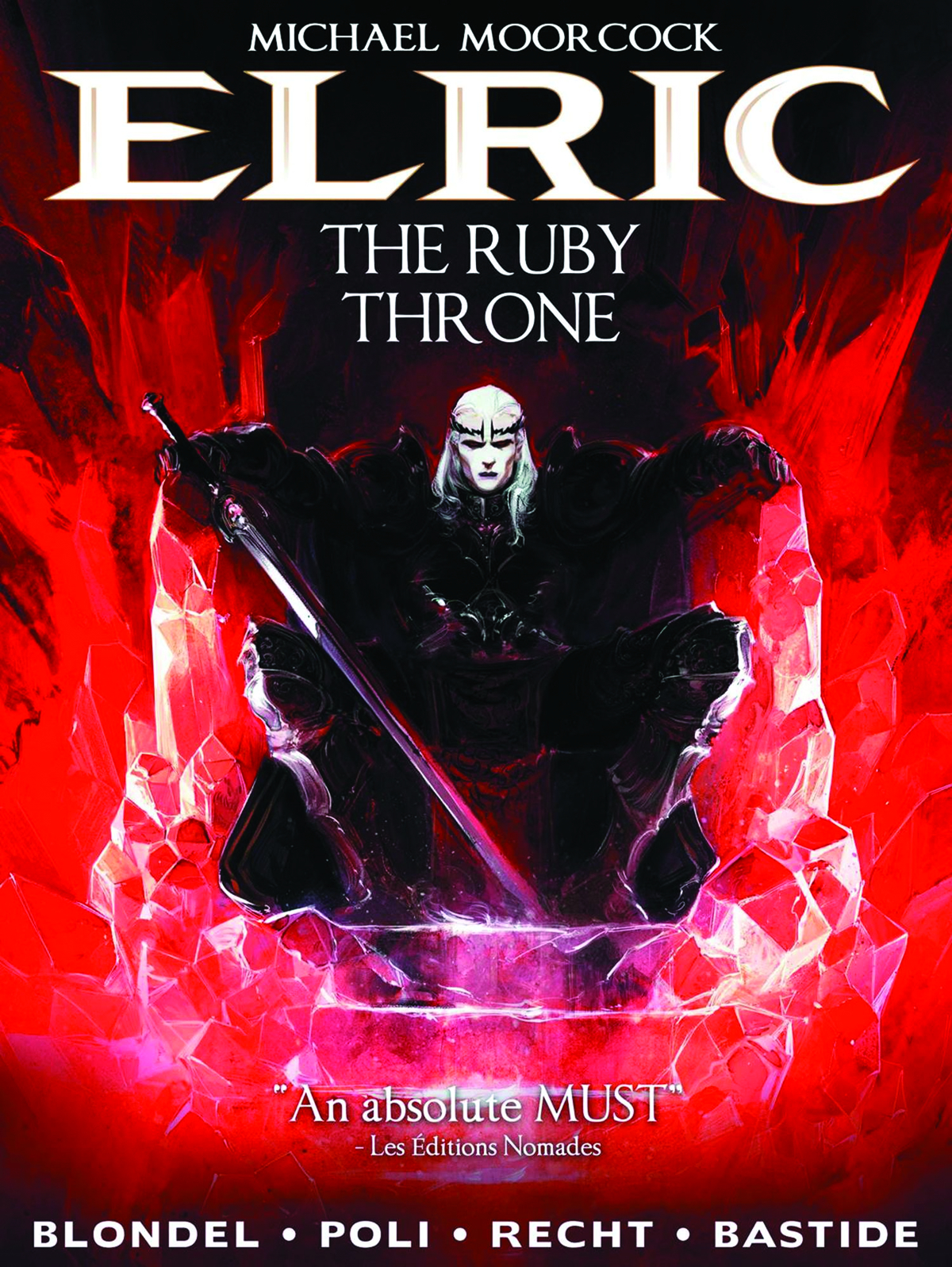 NOV148085
(W) Julien Blondel (A) Didier Poli, Robin Recht
The ancient island of Melniboné has been ruled by Elric, the albino emperor, for millennia. Reliant on magic and herbs for his strength and prolonged life, Elric's grip on Melniboné is crumbling, as his people slide into decadence. Now his envious cousin Yyrkoon, Prince of Melniboné, plots to overthrow him and claim the Ruby Throne for himself! Lavishly illustrated, this new comic adaptation has been produced with the full and enthusiastic endorsement of Moorcock himself, who has written an original introduction for this edition.
In Shops: Mar 25, 2015
SRP: $14.99
View All Items In This Series
ORDER SUBSCRIBE WISH LIST