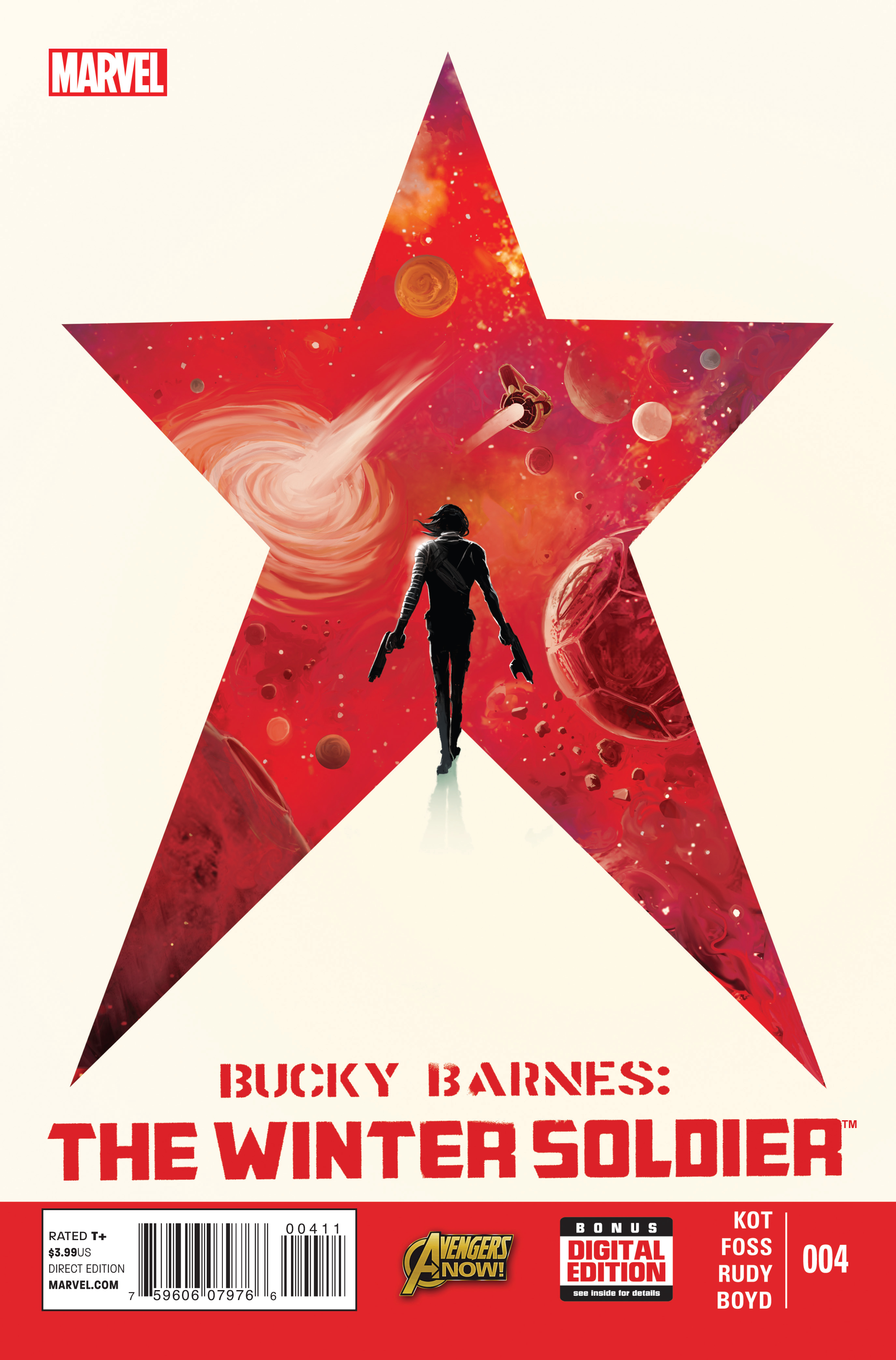 NOV140780
(W) Ales Kot (A) Langdon Foss, Marco Rudy (CA) Michael Del Mundo
"IN A GALAXY FAR, FAR AWAY, A LONG TIME FROM YOUR NOW"
•  Move two hundred years into the future and see for yourself -- THE BUCKY BARNES OF THE FUTURE!
•  Two hundred years of wars recounted. Conflicts arise, familiar faces appear. Take a glimpse of the Marvel Universe as you have never seen it before.
•  What led Bucky to his decision to travel through the wormhole? Significant pieces of the story coalesce.
Rated T+
In Shops: Jan 21, 2015
SRP: $3.99
View All Items In This Series