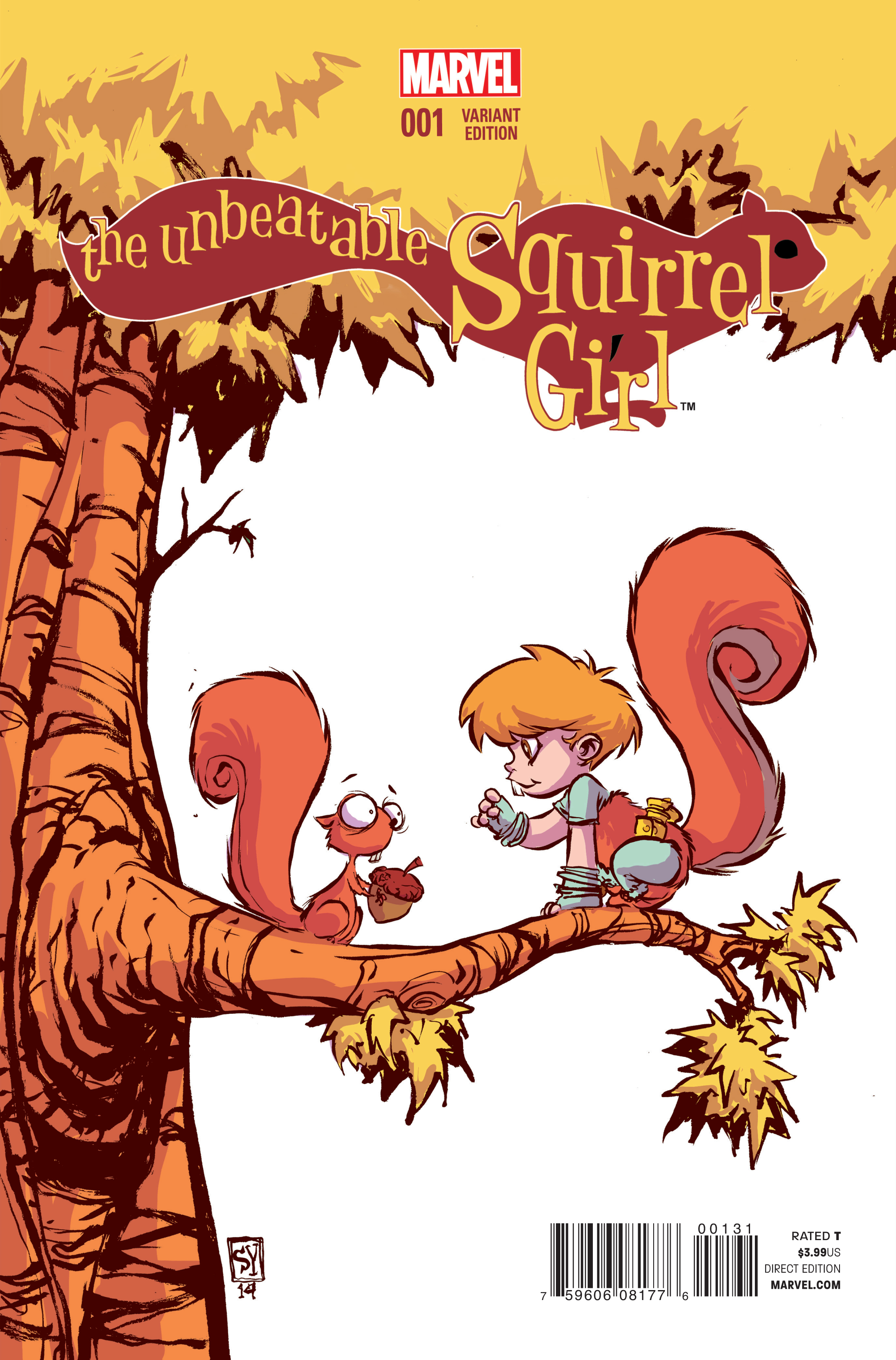 NOV140735
(W) Ryan North (A) Erica Henderson (CA) Skottie Young
• Wolverine, Deadpool, Doctor Doom, Thanos: There's one hero that's beaten them all-and now she's got her own ongoing series! (Not that she's bragging.)
•  That's right, you asked for it, you got it, it's SQUIRREL GIRL! (She's also starting college this semester.)
•  It's the start of a brand-new series of adventures starring the nuttiest and most upbeat super hero in the world!
Rated T+
In Shops: Jan 07, 2015
SRP: $3.99
View All Items In This Series