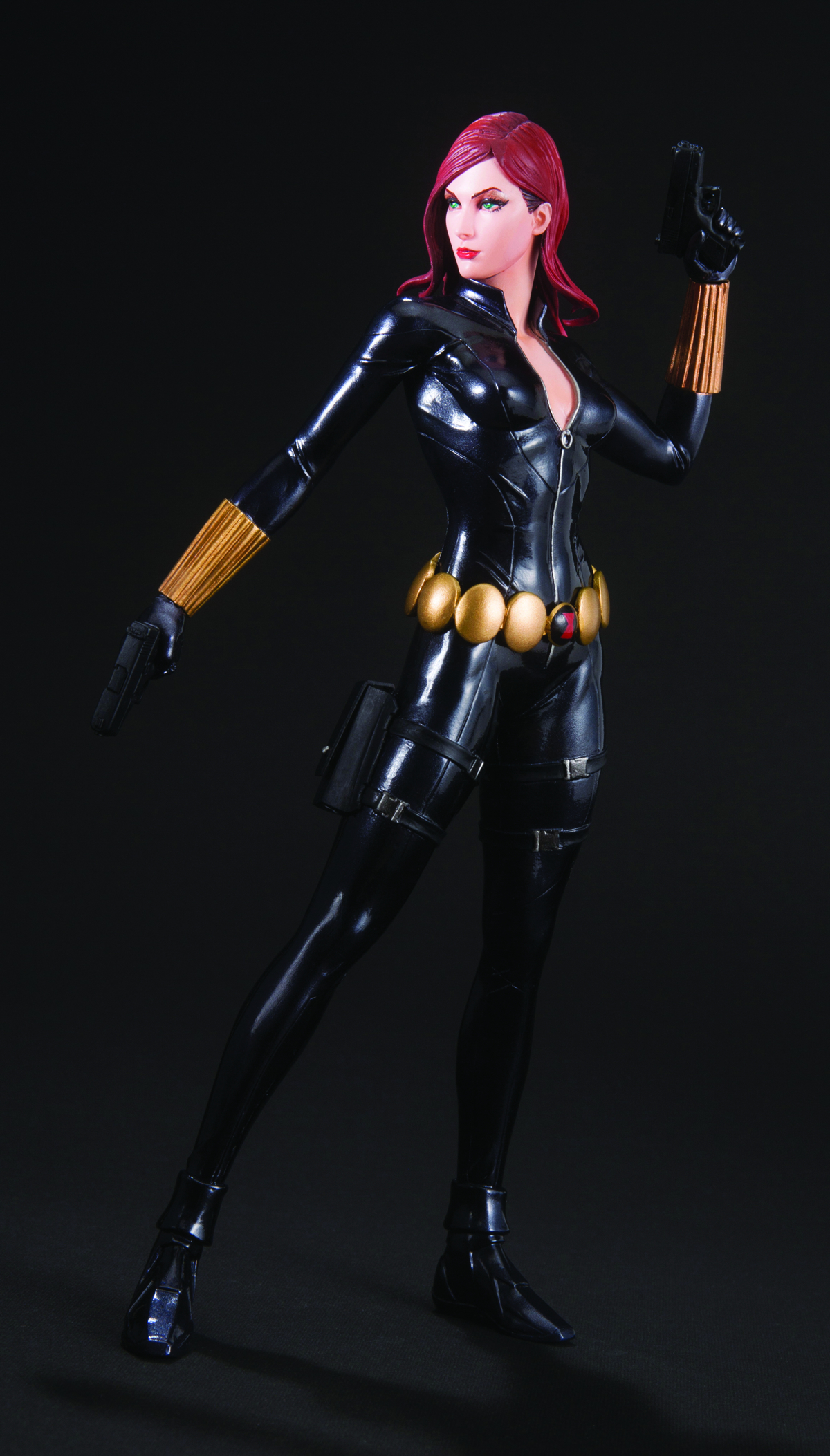 NOV132033
From Kotobukiya!  Marvel Comics is the next great property to get Kotobukiya's ARTFX+ statue treatment, and so of course the first series is none other than the Avengers, specifically the characters as they appear in Marvel Now.  In 2012 the comic book company relaunched several titles, shifting some characters into different books and updating some for a modern audience.  More than anything, it provided a perfect jumping on point for new readers.  Now the characters are brought to life as never before based on concept artwork by superstar artist Adi Granov.  Following the initial release of the Incredible Hulk comes the elite spy of the team, BLACK WIDOW!
Created in 1964 by Stan Lee, Don Rico, and Don Heck, Natalia "Natasha" Romanova was an orphan in Russia who became a super spy and later superhero.  Highly intelligent and a master of martial arts and nearly all weapons, she protects the Earth from its greatest threats alongside the Avengers as Black Widow!  On a secret mission, the femme fatale joins the ARTFX+ team in her iconic black bodysuit sculpted with tons of details like seams, folds, and zippers, and adorned with gold belt and "Widow's Bite" bracelets.  Natasha wields dual pistols, one lowered at her side and the other raised behind her head, and the holsters for the weapons are accurately portrayed open at her hips.  Turned at the waist to look at you, Black Widow regards you with smoldering eyes under her perfectly placed red hair.
The Black Widow stands 7 inches tall (in the ARTFX+ 1/10th scale) on her included magnetic display base.  The sultry super spy is the perfect centerpiece for any Black Widow fan and she'll look great alongside the previously released Hulk and upcoming Hawkeye, Captain America, Iron Man, and Thor in the Avengers collection!
© MARVEL